Almost a day after President Obama‘s $447 billion jobs bill failed to pass in Congress, Senate Democrats agree to move forward with the commander-in-chief’s plan in pieces.Â  Dems want to bring at least two provisions to the floor as smaller portions of legislation: the renewal of a payroll-tax holiday for working Americans and a new venture in transportation infrastructure, according to the Wall Street Journal.

“We hope, moving forward, that perhaps by breaking it up Republicans will support it, said White House Press Secretary Jay Carney, Reuters reports.

Umar Farouk Abdulmutallab pleaded guilty to all eight charges–ranging from conspiracy to commit terrorism to attempted use of a weapon of mass destruction–Wednesday and admitted to trying to bring down Northwest Airlines Flight 253 on Christmas 2009.

The bomb tucked inside the 25-year-old’s underwear didn’t work, but he said he planned to kill all 300 passengers on the plan in retaliation for the killings of Muslims worldwide.

“I intended to wreck a U.S. aircraft for the U.S. wreckage of Muslim lands and property,â€ Abdulmutallab said, in a Washington Post report.

If you’ve ever logged onto a social networking site while a popular TV show was airing, you more than likely have seen an explosion of commentary–the good, bad and down-right ugly. A recent study from Nielsen and NM Incite takes a closer look at what demographics are engaging with TV across social media.

Click here to review some of the study’s charts and overall findings.

7 Steps to Crashing a VIPâ€™s Dinner With Technology 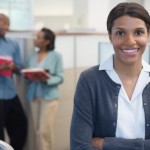