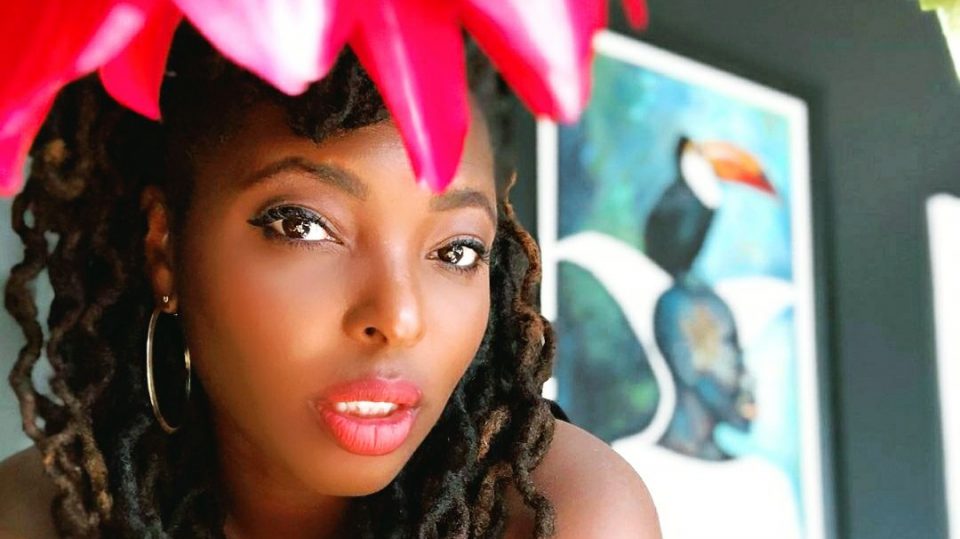 As a best-selling author, journalist and now publisher, Denene Millner is a prodigy in the literary world. The 52-year old self-proclaimed “Yankee from New York with Southern Belle in my soul” and mother of two is the mastermind behind Denene Millner Books.

According to her bio on Amazon, the highly sought-after author collaborated and penned publications with some of Hollywood’s Black elite, including Taraji. P. Henson, Will Smith and Steve Harvey. Now, Millner has a new undertaking. She is the publisher and vice president of Denene Millner Books (DMB).

Millner spoke with Black Enterprise about her new endeavor.

“DMB is the African-American imprint of Simon and Schuster’s children’s division,” she told BE.

“My mission is to help add to that canon of books that really have a laser-sharp focus on shining a light on Black life without leaning on slavery, the Civil Rights Movement or Black ‘firsts’ as the main focus,” she added.

In the interview below, we talk about what it means to be a curator of Black culture and why Millner is unapologetically Black when it comes to choosing the stories she helps tell.

Keka Araujo: As a successful author of adult books, how did you make the transition into children’s books? And what inspired that transition?

Denene Millner: I got my first children’s book deal back in 2007 from the great Andrea Davis Pinkney, a legendary children’s book author and editor at Scholastic Books. She needed a ghostwriter for a book that required research and writing in the author’s authentic voice and asked me if I’d be interested. Never in the business of turning down work, I accepted the offer—and the challenge.

I’d always wanted to write children’s books– particularly after I had my daughters, and this gave me an entree into that. I went on to write a second book for Andrea, the book, “My Brother, Charlie,” which I penned for Holly Robinson Peete and her daughter, Ryan. From then on, I was hooked.

Araujo: When did you decide to launch DMB?

Millner: DMB’s big launch was supposed to be in February, but COVID muted it.

We, officially, launched in April of 2019 with the book, “Just Like a Mama,” a picture book by Alice Faye Duncan that celebrates the relationship with a woman who is raising her but isn’t her blood mother. But the launch was sidelined because of the pandemic. Still, we’ve been quietly releasing books celebrating the everyday humanity of Black children and families across the diaspora.
The imprint re-launches this year, January 25, with its debut YA novel, “Wings of Ebony” a fantasy tale by new author J. Elle, who spins a story about a Black girl from Houston who finds out after the tragic murder of her mother that she is half-human, half-god and must save the worlds of both the humans and the gods.
This year’s offerings also feature books from celebrity journalist Aliya S. King (KEEP YOUR HEAD UP), illustrated by award-winning illustrator Charly Palmer, and a celebrity book that will be announced shortly, among others.

Araujo: Typically, when the industry categorizes books for Black people, it’s specifically for Black Americans. We know that you have an incredible repertoire of books by Black American writers.

But DMB is also the only publisher that has successfully globalized Blackness into a cohesive market in terms of books, with tomes like “If Dominican Were a Color” and “Me and Mama” (authored by two Black Latinx writers).

How important is it for you to bridge the gap between diasporans even though there may be cultural differences?

Millner: I am unapologetically Pan-African, meaning that I believe that Blackness spans the diaspora of people of African descent. That means that you can be from any part of the world–Cuba, Brazil, Honduras, Puerto Rico, Dominican Republic, Haiti, Mexico, the list goes on–and be Black first.

That is in your roots, your blood. Though things like geography, culture and language separate us, the common thread is Africa–Blackness. That means something to me, to be able to connect that thread and say, “we are one.”

I want our babies to know that.

Araujo: “If Dominican Were a Color” by Sili Recio is also written in Spanish. Will DMB publish more books in languages other than English?

Millner: That is certainly my hope and prayer.

Araujo: Why the decision to publish Black authors exclusively?

Millner: The number of Black authors telling Black stories is abysmal. The Cooperative Children’s Book Center, which keeps track of such things, found that of 3716 children’s books published in 2019 by U.S. publishers, only 452 were about Black characters. Only 212 of them were actually written and/or illustrated by Black artists. You are more likely to find a story about a talking animal than you are one featuring a Black family loving on one another and doing very human things.

As a Black storyteller, as a Black American, as a Black mother, I find this abysmal as a Black human who cares deeply about Black people. Those numbers have always been disappointing, and each year, this continues to be so. And so, my mission is to create opportunities for Black storytellers to tell Black stories in the way that we know how.

Araujo: What makes you say “yes” to a story?

Millner: I love a story that celebrates Black children and families’ everyday humanity. It stretches beyond the narrative that we have to tell stories of struggle, strife and overcoming. If the book is about a child’s everyday experience, the beauty of their lives, I’m here for it.

Araujo: Finally, would you say that Denene Millner Books has become a curator of Black culture in a very approachable, relatable manner?

Millner: For sure. It’s so important to me that when children open a Denene Millner Books offering, they see the beauty and humanity of Black children, how we live, love and are.

We must SEE ourselves–our true selves, beyond stereotypes and pictures others paint of us. When I am long gone from here, those stories will stand as a testament to us and that we were here.