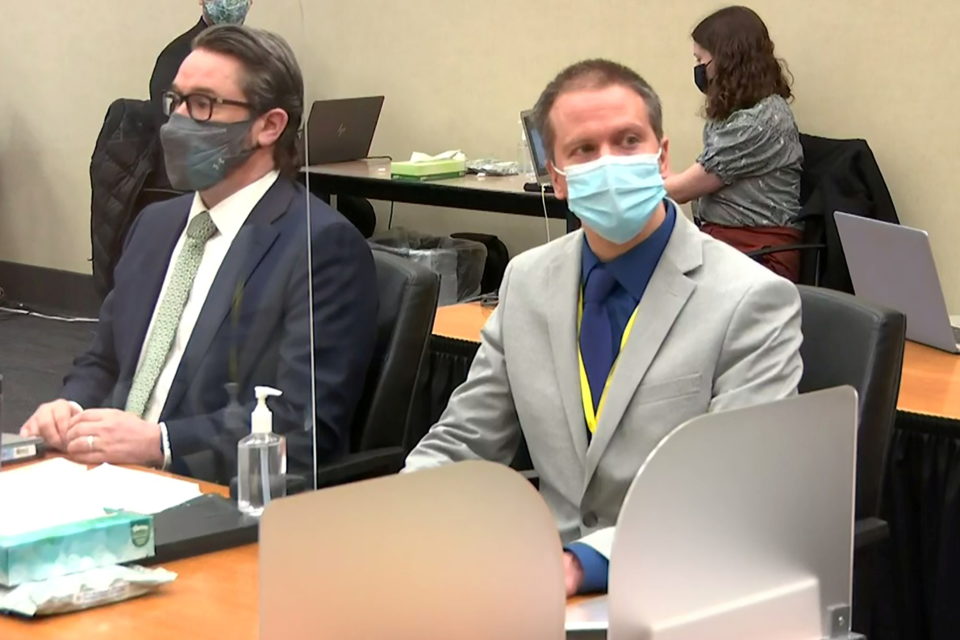 The sentencing of former Minneapolis police officer Derek Chauvin is taking place in several weeks but the killer of an unarmed George Floyd has more reason to fret.

According to ABC News, the Department of Justice is contemplating bringing charges against Chauvin for the actions he took against a young Black teenager in 2017.

While Minnesota state prosecutors were preparing for the Chauvin trial that just concluded, they received a set of videos that showed how Chauvin handled a case three years earlier that revealed similar behavior in arresting a young Black teenager.

The videos from Sept. 4, 2017, showed Chauvin hitting a Black teenager so hard in the head that the boy ended up needing stitches. He was seen in the video allegedly holding the boy down with his knee for almost 17 minutes, and similarly, in the same vein as Floyd, he ignored the teenager’s complaints of being unable to breathe.

“Those videos show a far more violent and forceful treatment of this child than Chauvin describes in his report [of the incident],” Matthew Frank, one of the state prosecutors, wrote in a court filing.

Based on the filing, Chauvin and another Minneapolis police officer had gone to a mother’s home who claimed she had been attacked by her 14-year-old son and young daughter. The officers entered the home and after speaking to the woman, they ordered the teenager to lie on the ground, but he refused to do so. Within seconds, Chauvin hit the teenager with his flashlight, while grabbing the boy’s throat, and after hitting him again, “applied a neck restraint, causing the child to lose consciousness and go to the ground.”

“Chauvin and [the other officer] placed [the teenager] in the prone position and handcuffed him behind his back while the teenager’s mother pleaded with them not to kill her son and told her son to stop resisting,” Frank wrote, also saying that at one point the teenager’s ear began bleeding. “About a minute after going to the ground, the child began repeatedly telling the officers that he could not breathe, and his mother told Chauvin to take his knee off her son.”

After 8 minutes, Chauvin moved his knee to the teenager’s upper back and left it there for nine more minutes.