After being in prison for 23 years for a crime he didn’t commit, Derrick Hamilton was awarded $7 million in a settlement, according to The New York Times.

City officials in New York and New Haven, Connecticut, agreed two weeks ago to pay Hamilton a total of $7 million to settle a lawsuit he had against three police officers, accusing them of fabricating evidence to use against him in his trial.

In 1991, while living in New Haven, Hamilton was arrested by the local police and accused of murdering a Brooklyn man he knew, Nathaniel Cash. The only eyewitness against him at his State Supreme Court trial was Cash’s girlfriend, Jewel Smith, who had given conflicting accounts to the police about Hamilton’s alleged role in the killing. Based on her testimony, the jury convicted him and he was sent away in 1992 to a series of upstate prisons.

During his incarceration, he studied law and became a jailhouse attorney, helping his fellow inmates appeal their convictions. Twenty-three years later, he finally convinced prosecutors to throw out his conviction, after Smith had informed the authorities and asserted that Hamilton was innocent. She claimed Officer Scarcella had coerced her into testifying against him.

One of those officers who arrested Hamilton was Louis Scarcella a retired New York detective who has been embroiled in numerous wrongful conviction cases. On the eve of what would have been a trial in Federal District Court in Brooklyn, they reached an agreement and with that Scarcella admitted no wrongdoing.

For Hamilton, the payout, while substantial, was not the point in him pursuing his freedom. “It’ll help my family out financially,” he told the New York Times. “It doesn’t settle what I went through.” 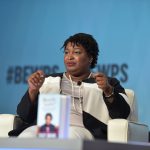 Trump’s Impeachment Will Likely Help Him Get Reelected