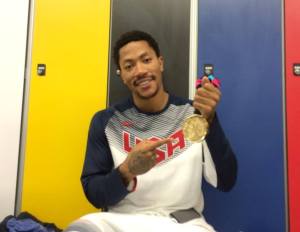 According to reports, Chicago Bulls point guard, Derrick Rose, has donated $1 million to After School Matters. The program is at his alma mater, Simeon Career Academy.

“To have a strong community of people who believe in your potential can make all the difference in the world,â€ Rose said in a statement. “So many people have invested in me and I want to do the same for Chicago’s teens.â€

E. Robbie Robinson, the vice chairman of After School Matters said, “He reached out. There was a conversation around what would be the best way to build a relationship. He and his family concluded this is what they wanted to do and to make a big statement.â€