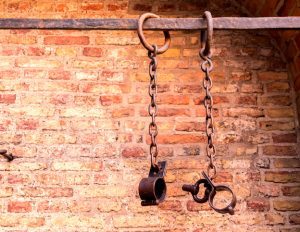 When the story broke last year in The New York Times that Georgetown University, one of the most prominent Catholic colleges in the nation, had, in 1838, sold 272 slaves to keep itself fiscally afloat, it was a shocking and sordid tale.

That enslaved men, women, and children were sold against their will by Jesuit priests somehow makes the story even more heartrending. Descendants of the enslaved are living today. Thanks to DNA testing technology, many are being identified and making the connection to ancestors who were sold South from Maryland.

Georgetown has since announced that it will give preference to those descendants who apply for admission.

However, Georgetown is an elite school. Rather that giving preference in admissions, I think the university should provide descendants with free K-12 schooling in the best local private or Catholic schools. Such preparation would equip students to flourish in a school like Georgetown.

Here’s an excerpt from the New York Times article, titled Tracing His Roots, Georgetown Employee Learns University Sold His Ancestor, about a current Georgetown employee, who discovered his own connection to the 1838 sale:

As a Georgetown employee, Jeremy Alexander watched as the university grappled with its haunted past: the sale of slaves in 1838 to help rescue it from financial ruin.

He listened as Georgetown’s president apologized for its sins and looked for ways to make amends. And Mr. Alexander observed, with wonder, some of the slave descendants when they visited the campus.

What he did not know at the time: He was one of them.

Mr. Alexander’s paternal great-great-great grandmother, Anna Mahoney Jones, was one of the 272 slaves sold by two Jesuit priests at Georgetown for about $115,000, or $3.3 million in today’s dollars. She and her two young children were enslaved at a plantation in Ascension Parish, La.

“Now I work here – to realize that this is my history, this is my story, blows me away,â€ said Mr. Alexander, 45, an executive assistant in Georgetown’s office of technology commercialization. “I have been really emotional as I learned about my ties to the university.â€

Mr. Alexander had his DNA tested in 2014, along with that of his wife and parents, and worked on a family tree on an ancestry website. But that search ended at the name of his great-grandmother, Anna Jones – the granddaughter of Anna Mahoney Jones.