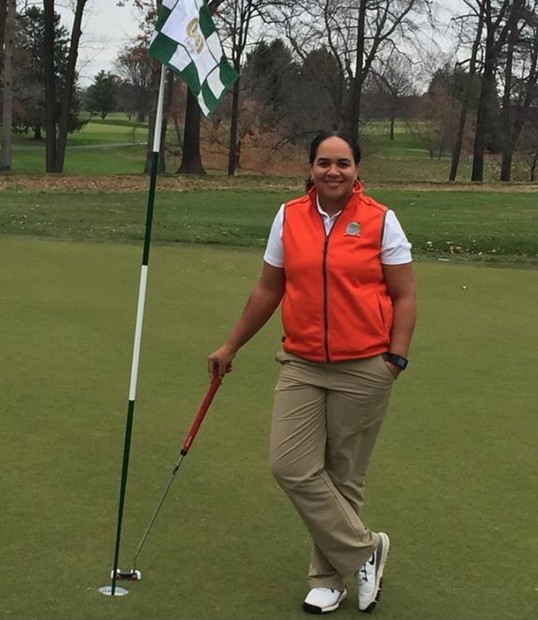 Because I run a golf social events company called Road2Par here in Washington, many people are surprised to learn that I did not begin playing golf until relatively late in life. As an African American woman, I wasn’t exposed to golf growing up. But now that I have been bitten by the golf bug, I’ve become passionate about bringing golf to people who may not otherwise have the opportunity to play or be exposed to the game I’ve fallen in love with. That is why Road2Par’s mission is to bring underrepresented populations to the game.

So as someone dedicated to growing the game at a grassroots level, I was disappointed to hear that the PGA Tour, the most prominent face of golf in America, had threatened to prevent American players, including some of golf’s biggest superstars, from competing in tournaments on the Asian Tour. Not only does this go against the Tour’s mission to promote and grow the game, but it ultimately makes it even harder for people like me to be exposed to golf in the first place.

I am the perfect example of the type of person that the PGA Tour should be doing more to reach out to. I had never touched a golf club until a friend of mine suggested we try going to a Top Golf to celebrate my 30th birthday, and I was immediately hooked. The more I played, I found that golf was not only a great way to exercise and reduce my stress levels, but it became a way to challenge myself to always improve and grow as a person. I became determined to make golf a bigger part of my life.

Within six months, I started taking courses at the Golf Academy of America, where I learned how to play, how to teach others, and the basics of golf course management. I also became certified by the Titleist Performance Institute to help people improve their fitness through golf. I started Road2Par, a blog that chronicled my golf obsession as I transitioned to working in the industry, where I’ve since held a variety of positions at public and private courses.

I quickly realized the biggest obstacle to getting friends to join me was the intimidation they felt about simply going to the golf course. Let’s face it; golf is very male, very white, and not always very welcoming. It can be intimidating for a new golfer to go to a course for the first time and can be even more daunting for people of color. To make golf more accessible, I turned Road2Par into a golf events company that brings people to the golf course in a social setting to introduce them to the game.

Unfortunately, not only are minorities under-represented at the participant level, but on the professional level as well. There are only two African American men currently playing full-time on the PGA Tour and one African American woman playing full-time on the LPGA Tour, further contributing to a lack of representation for people of color both on our hometown courses and when we watch golf on TV, which doesn’t help bring new participants or fans to the game.

Which is why I also don’t understand why the PGA Tour would try to prevent players from competing in Asian Tour events – and threatening to fine or ban them if they do – that would help to expose even more people to golf. I know firsthand how big an untapped golf market Asia is, as evidenced by how well the LPGA has grown with a strong influx of Asian players over the past few years. If I were running the PGA Tour, I’d want to promote the game with my best players as much as possible in as many tournaments as possible around the world. We have great examples of this through Tennis with stars like Naomi Osaka.

To me, the PGA Tour’s stance on these issues shows it is less an organization dedicated to promoting and growing the game of golf and more a group determined to maintain their control over the game and serve as its gatekeepers. For a sport that has struggled with inclusion for decades, the Tour unfortunately reflects the “members only” exclusionary attitudes many golf newcomers face, especially if they are people of color. I know the PGA Tour is part of the “Make Golf Your Thing” industry campaign to encourage more people to participate, but simultaneously threatening to fine or ban players for playing in other tournaments around the world doesn’t send a welcoming message to prospective golfers and fans.

For now, I remain an outlier: a woman of color who became so obsessed with golf as an adult that I’ve made it my life. I know firsthand from my events that there are others like me who would fall in love with the game if given the opportunity, and I encourage the PGA Tour to focus on creating an inclusive and welcoming atmosphere for new golfers rather than taking actions that do anything by grow and promote this great game.