Devon Henry Has Removed Confederate Statues All Over The South 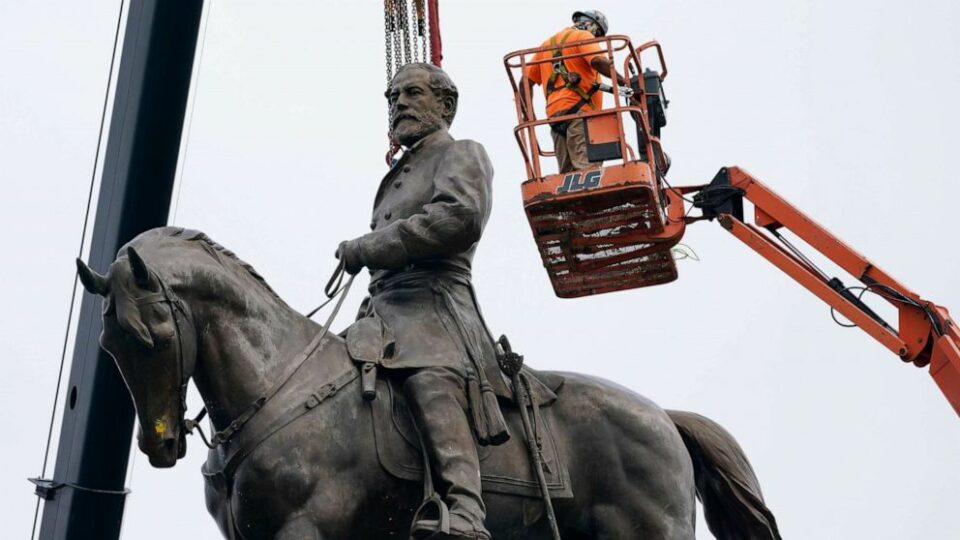 Team Henry Enterprises, a construction company owned by Devon Henry, has taken down more than 20 Confederate monuments over the last two years, but the job isn’t as simple as you might think.

The New York Times reports Henry, 45, and his team have faced considerable risk while taking down Confederate statues including the Robert E. Lee statue in Virginia. Random people passing by have repeatedly threatened Henry and his staff. It’s happened so much that Henry carries a firearm and often wears a bulletproof vest on jobs.

“You start thinking, ‘Damn, was it worth it?’” Henry told the Times. “But then there are moments; my daughter, in her interview for college, said I was her hero.”

Henry, who started his construction company in 2006, was raised in Hampton, Virginia, where he attended Robert E. Lee Elementary School, which has since been renamed. Since his company got into general contracting, Team Henry Enterprises has been awarded more than $100 million in federal contracts.

The company didn’t get into statue removal until former Virginia Governor Ralph Northam called Henry in June 2020 to remove Lee’s statue. Henry was apprehensive about the request but eventually said yes. That led to more jobs. To shield his family, Henry and the city of Richmond agreed to a $1.8 million contract to remove a dozen pieces of Confederate products that would be awarded to a shell company he created, NAH LLC.

More than 400 Confederate monuments have been relocated into museums, renamed, or removed in recent years as the Black Lives Matter movement has brought attention to the racist symbolism of Confederate statues across the South.

The costs in some cases have run into the millions and Henry has become one of the most reliable contractors willing and able to take on the work. According to Henry, it’s about more than money. His mother, Freda Thornton, added that she recognizes the significance of her son’s job and has come to watch him work.

“I prayed the whole time,” Thornton said. “I thought about my dad. I thought about the people—the shoulders that Devon stood on, to do the job he was doing.”