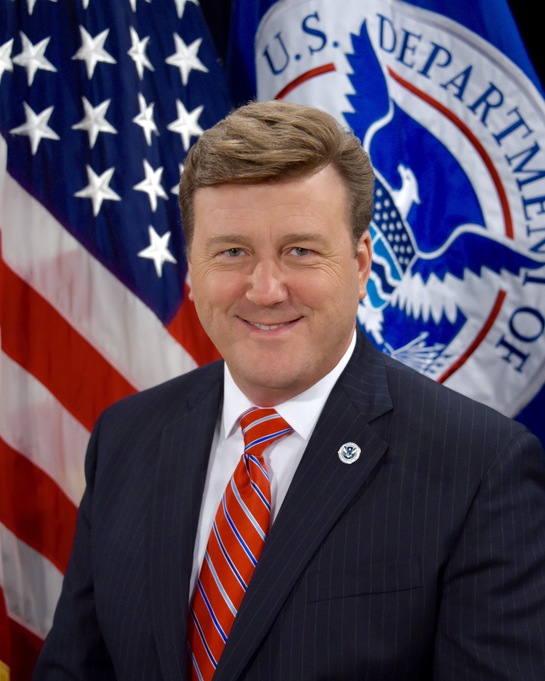 Prior to joining the department in April, Johnson made a string of attacks against the African American and Muslim communities on different radio talk shows from 2008 to 2016, reports CNN’s KFile. He made frequent guest appearances on conservative talks shows and hosted his own weekend program. He also worked for several Republican presidential candidates, including Rick Santorum, Rick Perry, and Donald Trump within his home state of Iowa.

According to the report, Johnson accused black Americans of being anti-Semitic, jealous of the Jewish community, and running cities into the ground during a 2008 radio appearance on Accent Radio Network.

“I think one of the reasons why is because Jewish people from their coming to America in great waves in the early part of the 1800s immediately rolled up their sleeves and began to work so hard and applied themselves to education and other means of improvement and other means of climbing the, I hate this phrase, but the social ladder if you will,” Johnson said. “And they have done exceptionally well for themselves. For only representing about 1.4% of America’s population, they make up 12% of America’s millionaires. Why? Because they work,” said Johnson.

He added, “And it’s an indictment of America’s black community that has turned America’s major cities into slums because of laziness, drug use, and sexual promiscuity.”

In the same radio appearance, Johnson labeled diversity as a facade for a “far-left Marxist globalist ideology.”

In another appearance, the federal official said that he refers to radical Islamism as “obedient Islam.”

“I never call it radical Islam; if anything, it is obedient Islam. It is faithful Islam,” he said. “I agree with Dinesh D’Souza, your friend and mine, who says all that Islam has ever given us is oil and dead bodies over the last millennia and a half,” Johnson continued. “It is not a religion of peace.”

Johnson argued that Islam was not a legitimate religion in 2013.

“We need to have somebody who understands that there is an ideology that is posing as a religion that is standing against everything that America was built upon and everything that is basically rooted in a Judeo-Christian tradition,” Johnson said. “And that is Islam. We have to have somebody who understands the Islamic threat to American freedoms.”

In a statement to CNN, Johnson apologized for the disparaging comments.

“I have and will continue to work with leaders and members of all faiths as we jointly look to strengthen our safety and security as an interfaith community. Having witnessed leaders from the entire faith spectrum work to empower their communities I now see things much differently,” he said. “I regret the manner in which those thoughts were expressed in the past, but can say unequivocally that they do not represent my views personally or professionally.”

Meanwhile, Tyler Houlton, acting press secretary at DHS, told CNN that the Trump administration does not approve of Johnson’s remarks, and that he “has proven himself as a valuable supporter and proponent of the interfaith community’s recovery efforts.”

Updated 11/17/2017, 12:43 pm: Johnson has resigned from his position as head of the DHS’s Center for Faith-Based & Neighborhood Partnerships according to a report from The Washington Post.