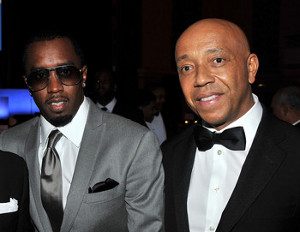 Network for Teaching Entrepreneurship (NFTE) today announced its lineup of entrepreneurs who have agreed to volunteer to participate in the 2013 Dare to Dream Auction, which coincides with NFTE’s Silver Anniversary Gala.

The Gala, which will be held in the prestigious Waldorf Astoria hotel in New York City on April 23, celebrates the NFTE’s continued effort to inspire young people. NFTE empowers students to own their educations in and out of the classroom and find their own path to success by starting their own businesses. NFTE currently supports active programs in 19 U.S. locations and 13 countries around the world.

Over 20 entrepreneurs and executives have donated power lunches, pitch meetings, coaching sessions and behind the scenes access to the day to day operations of their renowned companies. Sean Combs, Bobbi Brown, Danny Meyer and Steve Case have graciously returned for another year of supporting NFTE while hip-hop’s Russell Simmons , J.Crew’s Millard Drexler, and Don Garber of Major League Soccer are new to the auction this year.

“Winners of the auction will not only have the ability to pitch their ideas but will also receive valuable feedback from these visionaries, while supporting NFTE. These leaders are the true embodiment of entrepreneurship,” said Amy Rosen, NFTE’s President & CEO.

“We are thrilled NFTE’s mission of empowering youth through entrepreneurship education resonates with so many influential entrepreneurs because the resources that the auction generates will allow us to reach our goal of bringing the entrepreneurial mindset to 500,000 young people in the next five years.”