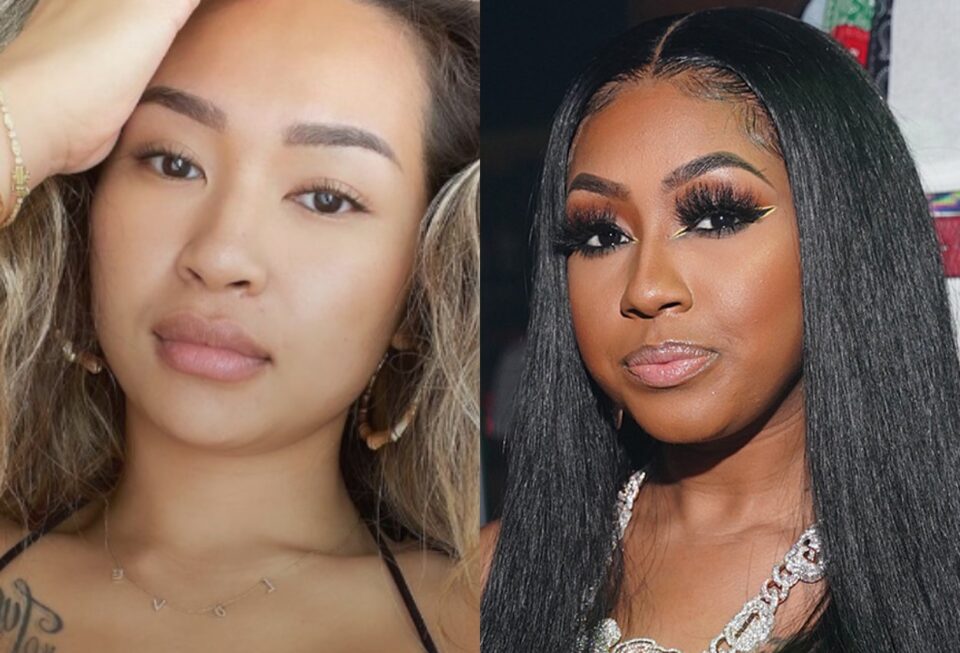 Two women fought over Sean “Diddy” Combs on social media for the world to see!

Diddy has re-emerged in the media. He heads a new record label, regained his Sean John fashion line, and executively produces and hosts the Billboard Music Awards. Of course, he’s not the Diddy we know and love without a scandal.

Yung Miami (of City Girls fame) and Gina Huynh have taken shots at each other in the name of keeping Diddy’s attention. On Tuesday, Huynh posted a photo of Combs kissing her on the cheek on her Instagram Live, which apparently set Yung Miami off.

Somebody please give this bitch some attention!

This is just the beginning of a rant.  Although a name was never mentioned, many assumed the rapper was directing her anger toward Huynh.

Notice me please ass bitch go sit down! WE SEE YOU RELAX IT’S ok! You been (AROUND) just (AROUND) for years! You been waiting on this moment if he can’t make you famous bitch I ain’t!

Huynh responded on her Instagram Live, “If anybody is seeking attention…B**CH ITS YOU.”

In a longer rant, Yung Miami said, “Notice me please ass bitch go sit down! WE SEE YOU RELAX IT’S ok! You been (AROUND) just (AROUND) for years! You been waiting on this moment if he can’t make you famous b**ch I ain’t!”

“Attention? B**ch I am the attention let’s be clear!”

“Ian arguing with no b**ch that got cheap ass lint ball carpet in they house fucking on a billionaire! You freaky ass bitch!”

“why you so press mama… I thought you was a city girl,” Huynh stated

Yung Miami responded with, “I am and that’s why I f**k with yo n**ga & ain’t coming off him idc how many pics you post!”

So far, Diddy has not responded.