I Didn't Learn About Reconstruction in School – Did You? 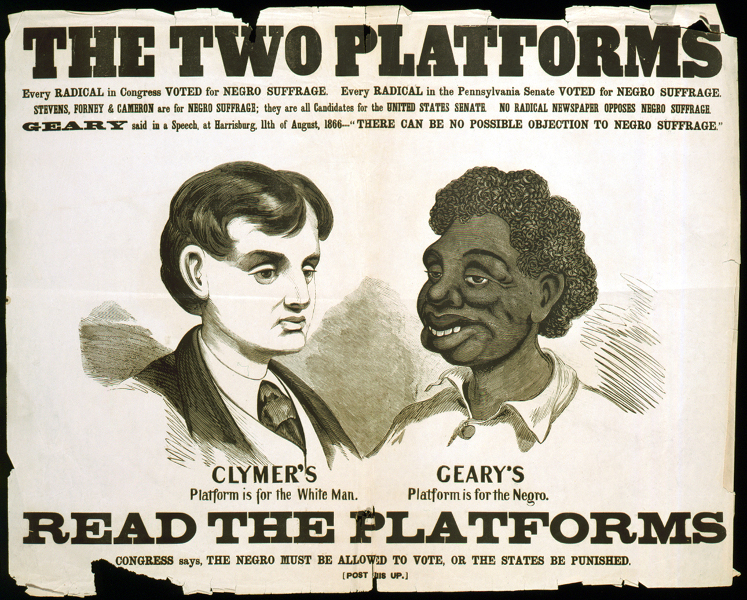 “The first black senator since Reconstruction…” Have you read that before? I’ve heard about Blanche K. Bruce, the first African American to serve a full term in the U.S. Senate. I’ve even seen photos of him and other African American elected representatives from that time.

But I never once learned about them in school. I don’t remember ever learning about that period in U.S. history. When I would read the phrase, “… since Reconstruction .…” I had a vague, hazy idea of this era. I knew only that it was a time of something approaching equality—striking, considering that it came so quickly on the heels of the Civil War.

If the people at the Zinn Education Project, a collaboration between Teaching for Change and Rethinking Schools, have their way, the general ignorance about Reconstruction will change.

That’s according to a must-read article published on the Hechinger Report, “Teaching Kids How Battles About Race from 150 Years Ago Mirror Today’s Conflicts.” It opens with a discussion of the white supremacist rally in Charlottesville, Virginia, last summer.

The advances black people made during Reconstruction—a period when the enslaved were freed, black people were granted citizenship, and black men could vote, says the Hechinger Report—would be upended by a violent white backlash—not unlike that exhibited by the Charlottesville marchers.

The Zinn Education Project has developed a free curriculum, Teach Reconstruction, part of the organization’s mission “to address gaps in the commercial curriculum and standard textbook treatments of history and also to offer alternatives to those parts of history that are particularly poorly taught and misrepresented,” says Bill Bigelow, co-director of the Zinn Education Project, in the article. He also wrote part of the Teach Reconstruction curriculum.

Other organizations are making information about Reconstruction available. The article cites the National Endowment for the Humanities, which is sponsoring a summer institute for K-12 teachers; a 165-page guide available free for download from the National Park Service; and the nonprofit Facing History and Ourselves offers “The Reconstruction Era and the Fragility of Democracy,” which its website describes as an “archive of lessons, videos, and primary sources to teach about one of the most tumultuous periods in U.S. history and its legacy today.”

A teacher in Gulfport, Mississippi, is quoted about the perspective of the Zinn Education Project’s Teach Reconstruction curriculum, saying it offers an alternative to presenting black people as powerless victims. She mentions the Reconstruction election of Blanche K. Bruce from Mississippi.

“Often the history can be depressing, but there was a lot of progress made and that’s what I teach my students,” Cristina Tosto says in the piece. “I want them to know that African American history included progress, triumph, and victory, as well as struggle.”

Learn more at the Hechinger Report.