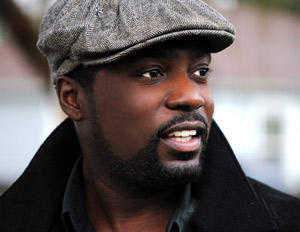 Most will remember Matty Rich from his directorial and acting debut in the 1991 indie film, Straight Out of Brooklyn, which earned the young filmmaker critical acclaim and accolades for his work. Just 19 years old at the time, he followed up three years later with The Inkwell. While Rich has remained out of the Hollywood spotlight since then, he’s been quietly making moves behind the scenes in a completely different industry: video games.

In 2005, Rich reemerged as the Creative Director/Artistic Director for video game manufacturer UbiSoft‘s 187 Ride or Die. Now, he serves as CEO of Matty Rich Games, a Los Angeles-based mobile gaming company. Having consulted on several projects that are still in development last year, he aggressively anticipates gross sales ranging from $5-10 million once the products reach market. With Comicon,Â which highlights the best in comics, movies, TV and games, taking place in New York this week, BlackEnterprise.com caught up with Rich to discover how he made the transition from Hollywood to gaming and what advice he has for others who wish to follow in his footsteps.

As CEO of Matty Rich Games, what are your day-to-day responsibilities?

What type of products does Matty Rich Games offer?

Our games are fun, exciting, compelling and easy to play. What you’ll see from us is a range of cost-effective games, available at a range of prices from free, to premium, advertising driven and retail priced games for African American consumers.

Why did you feel the market needed games geared specifically to African American consumers?

Your background is in the film industry, how did you break into the gaming world?

I met the top executives at the UbiSoft video game company who gave me the opportunity to help their team in Paris, France on a street racing game that was in development. After working with the team for two weeks, I was given the job as Creative Director/Artistic Director for the video game 187: Ride or Die which starred Larenz Tate and was released in 2005 on PlayStation, Xbox, and online. I was the first African American Creative/Artistic Director to be hired by gaming industry giant UbiSoft.

Prior to that, did you have any formal academic training in video games or take apprenticeships?

No, I didn’t attend school to learn about video games. I was given the opportunity by the CEO of UbiSoft to work with their team in Paris France–it was like taking a crash course. When I wasn’t at the job site, I was studying and researching to learn as much as I could. I pretty much learned “hands on.â€

What was the biggest obstacle that you had to face while trying to move up in the industry?

The biggest obstacle was finding the right investor who believed in my vision and trusted me. I, like so many others, have great ideas and concepts but it takes connecting with the right person who agrees with the vision to provide the resources to get things going.

How did you overcome that?

Preparation! I took the time to prepare documentation about the project that was easily understood in reference to goals and projections. I made the goals realistic and attainable to help bring down the risk factor for potential investors. I made sure all my resources were in place and my contacts were warm and aware of my intentions in case I needed to hire them. I believe that preparation is more than half the battle.

What advice do you have for people interested in doing what you do for the gaming industry?

My advice is to study the top game companies and determine what makes them the best. Study the best game producers and developers and determine what makes them the best. Begin to write down your ideas and work to refine them. Create a strategic road map and set goals on where you want to be each year–be realistic. Then, start to move in that direction. At this point researching people, networking, attending trade shows and conferences is key.

To make Matty Rich Games a top competitor in the video gaming world with an emphasis on the African American gaming market and to position myself as an expert in the field. I want to provide jobs and training for those interested in gaming, especially in the inner cities where these opportunities are not made available.

What do you love most about being in the gaming industry?

I get the opportunity to create new video game ideas and explore untapped markets. What I love about the gaming business is the challenge on the end of the creator and the challenge from the standpoint of the gamer. That’s what drives me.

What Will a Strategic Default Do to Your Credit Score?