Disability Insurance An Unnecessary Quandary For Some Millennials, Expert Says 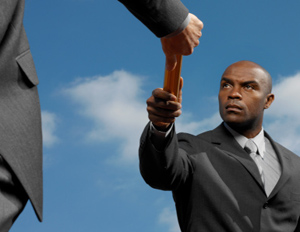 Here’s a fact that may or may not surprise you: 36 percent of millennials (age 18-31) polled in a study done by the The Hartford, couldn’t so much as give a ballpark figure as to what disability insurance costs per year.

“It really is a whole new topic for a lot of who haven’t had to think about this before,” says Lindsey Pollak, Gen Y career expert and spokesperson for The Hartford.

Pollak says it’s really important that millennials — and anybody for that matter — understand what their company offers in terms of disability insurance. Despite what many think, the average disability insurance premium for millennials costs about $250 a year, Pollak says — a target some 56 percent missed by hundreds of dollars when they guessed what such a premium might cost. The other most common misconception surrounds what could actually lead you to file a claim.

“It’s not always a car accident or other type of emergency,” she says.

Many claims are made because of things like pregnancy (57 percent) or accidental injuries, such as a sprained ankle or concussion (11 percent). A rising number of claims are being made due to anxiety and depression, Pollak says. In all, 87 percent of millennials would have to make a lifestyle change if they lost three to six months salary.

A large percentage responded they’d have to do the unthinkable if faced with such a challenge: move back in with their parents.

“The biggest concern for millennials is that you wouldn’t be able to pay your bills and collect a paycheck,” Pollak says, adding that many already teeter on the brink of financial disaster — and that just a small amount of planning could prevent things from going into shambles. “You might miss a payment on credit card bills or other debt, and it presents the need to rely on friends or family.

“It’s really the loss of independence or going deeper into debt” that hurts the most.

Pollak offered some other gems for millennials seeking to get ahead professionally:

LinkedIn added a new portfolio feature so that you can feature your work. So, if you’re a writer, you can post your stories or essays. An architect or artist could post renderings or drawings they’ve worked on. Optimizing this new section could make you ultra competitive in this booming digital space.

Knowing how to code is fast becoming the baseline level of skills. “We’re getting to the point where everybody is going to need a little bit of coding. In the new market it’s going to be essential, just like we all need to know Excel, Powerpoint or how to use a smartphone.â€

Read more about The Hartford’s study, and about Lindsey Pollak’s work here.