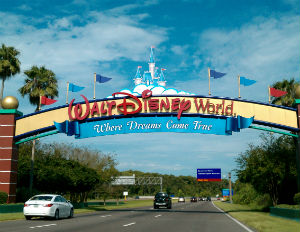 Walt Disney Co. made an offer to the unions representing employees at its Florida-based Disney World park that could increase employees’ hourly starting pay from $8.03 to $10 over a two-year period. The proposed pay raise would apply to full-time hourly employees.

Disney brought the proposal to the Service Trades Council, a group of six labor groups, and is expected to continue contract bargaining on May 28.

Says Bloomberg, “The unions, which represent more than 30,000 employees at Walt Disney World near Orlando, asked for at least $10.10 an hour, the amount congressional Democrats and Obama propose as a new U.S. minimum. Starting pay at the Florida parks is now $8.03 an hour, according to Burbank, California-based Disney. That would reach the rate Disney is offering by July 2016.â€

New employees would not be offered a pension starting in 2016. Rather, they would receive a 3% company match in a 401(k) retirement plan. Bloomberg reports the union plans to oppose the pension change.

Disney’s last contract with the Service Trades Council was October 2010. The contract called for annual 3% to 4% pay increases for workers who had yet to reach the top level of their pay scales. The contract also included a $650 bonus for non-tipped, full-time employees.