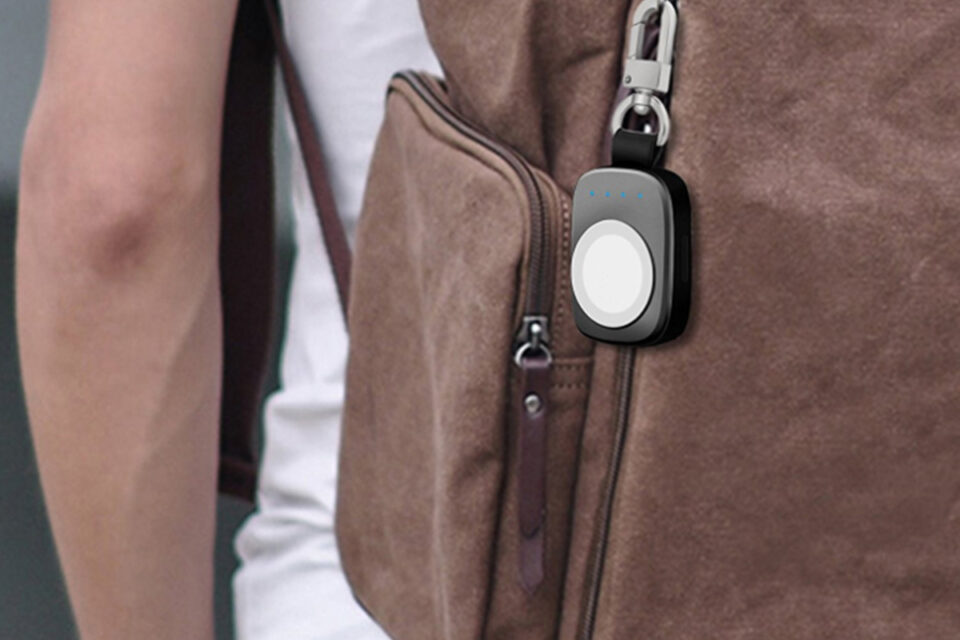 If there’s one thing that’s most annoying about phone and smartwatch chargers, it has to be the frequency with which the cords become tangled. There are few things more maddening than needing to charge your phone or smartwatch only to have to solve a Rubik’s Cube just to untangle the wires. Not only are wires prone to becoming tangled, but doing so over time leads to them shorting and ultimately being rendered useless.

Leave your wired smartwatch chargers in the past with Apple Watch Wireless Charger Keychain. Right now it’s available for only $19.99, a savings of 59% from its MSRP ($49). Add a one-year warranty for $4.99 or a two-year one for just one more dollar.

This device is as small as it is welcomed. It’s no bigger than a standard key fob. Its chassis is plastic and metal. It’s black and sports a sleek matte finish. All you have to do to use it is attach your Apple Watch to a magnetic center ring.

More than 70 satisfied purchasers have given this charger rave reviews. “Received two charges. I am very happy with the purchase. I’m learning to use it and the battery charge will last for two charges,” writes verified 5-star purchaser Rafael G.

The Apple Watch Wireless Charger Keychain is compatible with any iteration of the Apple Watch. Under its hood is a 950mAh battery capable of producing multiple charges for your Apple Watch off of one charge.

Four LED lights allow you to monitor charging status, and the device comes with built-in safety protection against overheating, over-current, over-voltage, and short-circuiting. Three clicks of the power button get this device going, and another three clicks turn it off.

At such a low price, there shouldn’t be much thought given as to whether to purchase this smartwatch or not. Throw away your wired chargers today and buy the Apple Watch Wireless Charger Keychain.