Three 6 Mafia's DJ Paul Arrested for Having a Taser 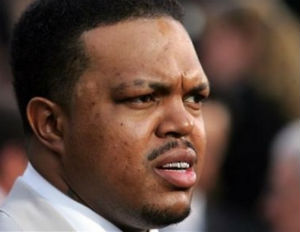 Academy Award winning recording artist DJ Paul of Three 6 Mafia was arrested in New York City for possessing a taser, a misdemeanor in the state.

According to TMZ, DJ Paul had an open container of beer in his hand as he passed two police officers on the street. He let the officers know he had a taser on his person and ended up being arrested for having an open container. He was charged with misdemeanor possession of a weapon.

What is it with rappers and arrests for weapons possession?

T.I., Lil Wayne, Ja Rule, the list goes on and on. Perhaps a a little more of their budgets should go to security rather than more diamond baubles.