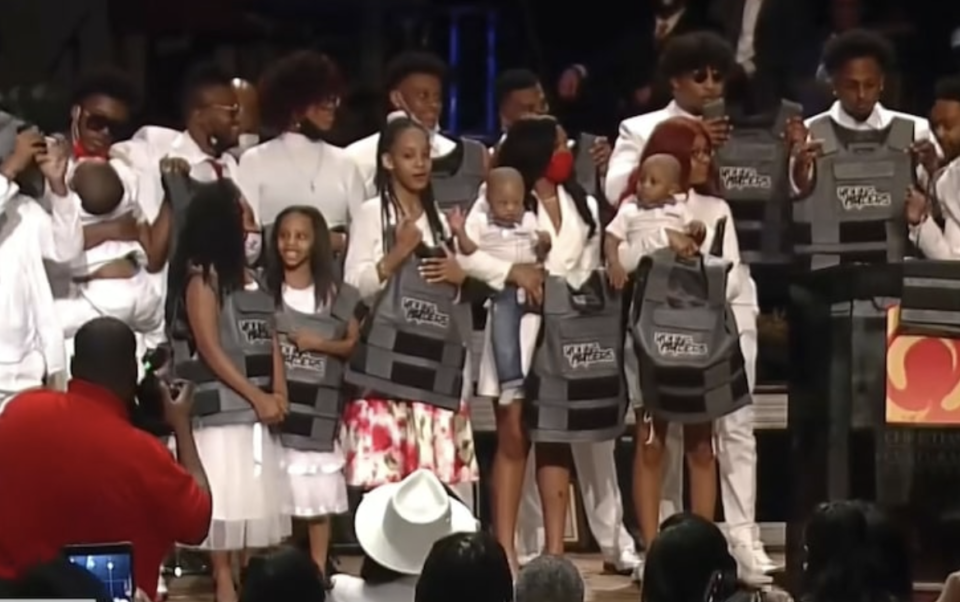 Nearly three months after rapper DMX’s tragic death, a battle over his estate has begun.

According to Page Six, the fallen emcee’s children and his fiancée Desiree Lindstrom are fighting over his assets. DMX didn’t have a will. Lindstrom, the mother of his 5-year-old-son Exodus, petitioned the court to be legally declared his “common-law wife,” but a magistrate denied the request. If the judge had ruled in her favor, she would have had sole control over the deceased rapper’s potential earnings and the say in his affairs.

As the battle royale over his estate gets heated, six adult children, including three adult sons from his marriage to Tashera Simmons– Xavier, 28, Tacoma, 21, and Sean, 19 already have petitioned to be administrators. In addition, his two adult daughters from outside the marriage, Sasha Simmons and Jada Oden, also are filing to be administrators.

DMX has 14 legally recognized children, but New York law requires heirs to be over 18 to be appointed as executors of a deceased person’s estate.

A person close to the rapper told Page Six that not having a will has caused issues among his family.

The insider said, “There is no will from DMX, and that’s a big problem. This is a difficult situation because there are a number of people vying to be named administrators. His fiancée Desiree tried to muscle in by asking the court to be named his common-law wife, which means she would have taken precedence over his children. But the court refused.”

The rapper had an estimated worth of negative $1 million as of January.

A court date to determine the executor/ executors of DMX’s estate is scheduled for July 15.