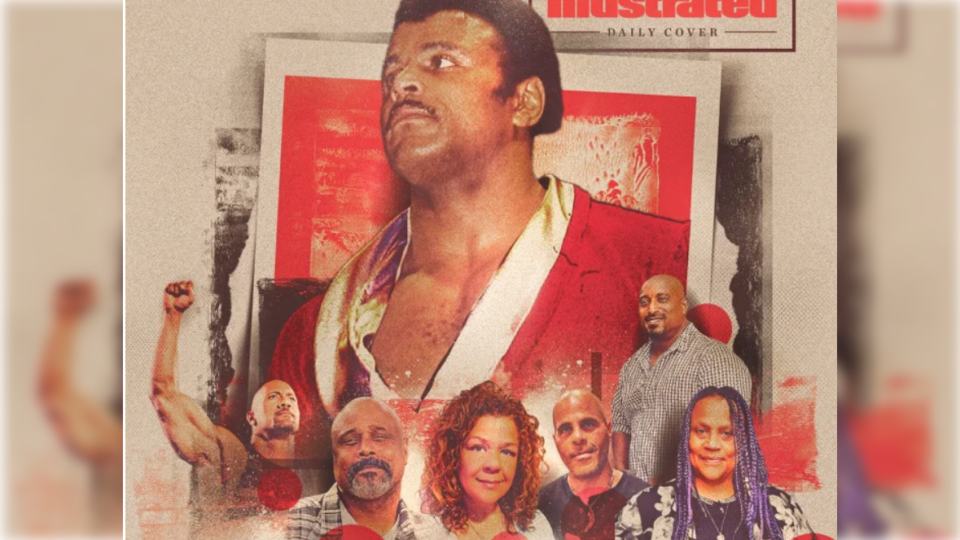 Sports Illustrated reported that the late Canadian WWE Hall-of-Famer fathered Lisa Purves, who initiated a series of DNA tests for herself and four strangers. The results are in!

In 1966, the professional wrestler, whose birth name was Wayde Bowles, married for the first time to Una Sparks, and they had two children, Wanda (born in December ’62) and Curtis (May ’65). He later married Ata Maivia, daughter of “High Chief” Peter Maivia, and they had The Rock.

Purves was 18 years old when she contacted her estranged father for the first time. As she tells it, the famed wrestler hung up on her a few times after attempting to tell him she was his daughter, at age 30. She later came together with her four half-siblings, following the DNA test results.

“I was really embarrassed that my father didn’t want me,” Purves, 53, admitted to the sports outlet.

“I started doing research on what happens when you abandon a child, how it affects their life,” she continued. “And I’m like: This is exactly me. Problems with self esteem… . All the s— that it lists is me.”

Johnson fathered several children, despite knowing he had at least a few across Canada. Although he didn’t embrace the recently confirmed five, his brother Ricky stepped in to welcome them to the family.

With a celebrity half-brother, Adrian said “Dwayne has nothing to do with the decisions that his dad made; he doesn’t even know who we are.” Lisa added, “Dwayne doesn’t owe us anything.”

“There are millions of other kids just like me,” Purves added, “and I want to [tell] people: Face your shame. If one person heals from watching this documentary, then putting my pain in public is worth it,” per Sports Illustrated.