Black History Month OpEd: Does This Month Represent All Blacks? 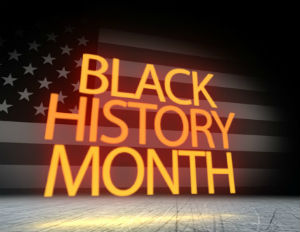 Today marks the beginning of Black History Month, a time for the nation to highlight achievements and contributions of black Americans in the U.S. Usually that means celebrating such figures as Frederick Douglass, Harriet Tubman, Rosa Parks and Dr. Martin Luther King – as it should. But we also need to expand our definitions of the black population to reflect its changing demographics and the increased number of African and Caribbean immigrants and include in our celebrationsÂ black ethnic individuals who have advanced blackÂ society, politics, activism, and the arts such as Kwame Nkrumah, Shirley Chisholm, Stokely Carmichael, and Jean-Michel Basquiat.

The origins of this monthÂ began in 1926 when historian Carter G. Woodson (and the Association for the Study of Negro Life and History) announced the second week of February to be “Negro History Week.â€ In 1976, the federal government expanded the celebration to the entire month. It was Gerald Ford who urged Americans to “seize the opportunity to honor the too-often neglected accomplishments of black Americans in every area of endeavor throughout our history.â€

At the time, less than 3% of the blacks living in America wereÂ foreign-born African-Americans, according to theÂ U.S. census. Today, census numbers show thatÂ 12% percent of blacks in the U.S. are from Africa or the Caribbean. That number will likely continue to grow as African populations are among theÂ fastest-growing immigrant groups. Moreover,Â these numbers do not fully encapsulate the black ethnic diversity that exists among second and third generation blacks in the U.S.

If you want an example of the changing face of black America, look no further than the family of President Barack Obama, whose father was a Kenyan student who was part of JFK’S American Education for African Students program. Obama connects and identifies with this ethnic origin, while his wife, Michelle, connects and identifies with her black AmericanÂ ancestryÂ as a descendent of slaves and share-croppers who moved from the South to northern cities during the Great Migration. Sasha and Malia represent two threads of black history in America.