The Justice Department (DoJ) may have changed significantly under President Joe Biden, but the fight against former Trump aide Omarosa Manigault Newman has continued.

The DoJ under Biden has dropped a number of Trump causes. However, government lawyers are pushing forward with a lawsuit claiming the former White House staffer failed to file a required financial disclosure following her abrupt firing in 2017.

A brief was filed in Federal Court in Washington D.C. defending its position in seeking more than $61,000 from Manigault Newman, who was fired by former White House Chief of Staff John Kelly.

“She…made no attempt to file any Termination Report before September 2019, more than a year and a half after it was due and after this litigation was commenced,” DoJ lawyers wrote to Politico. “Then, following that submission—in which only half the required fields were even filled out—Defendant made no effort for over a year to correct her submission, despite being promptly advised of its deficiencies…She remains out of compliance with [the Ethics in Government Act] to this day.”

Manigault Newman has said the suit was a vendetta against her for turning on Trump, calling him a racist, and revealing secrets about Trump and his top aides in her book Unhinged, which detailed her time as a contestant on The Apprentice and later as a White House aide. She also argued that the White House has not returned her personal effects, including the financial records needed to complete the forms.

The new DoJ maintains she was fired for misusing government resources. Last week the DoJ dropped another lawsuit against a volunteer aide to Melania Trump, Stephanie Winston Wolkoff. The suit alleged a book Wolkoff wrote violated a non-disclosure agreement. Department lawyers did not give an official explanation as to why it dropped that suit, only saying it “concluded that dismissal without prejudice was in the best interests of the United States based on the facts and the law.” 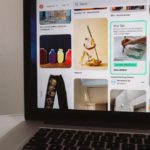 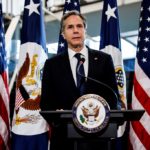