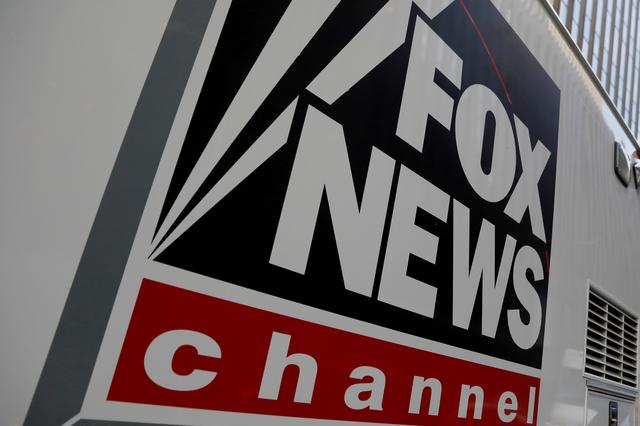 (Reuters) -Dominion Voting Systems Corp said it filed a $1.6 billion defamation lawsuit against Fox News on Friday, accusing it of trying to boost its ratings by falsely claiming the company rigged the 2020 U.S. presidential election against Donald Trump.

Dominion, which describes itself as the leading supplier of U.S. election technology, said it filed the lawsuit in Delaware state court.

Trump lost the November 2020 election to Biden, a Democrat, but continued to make false claims of widespread voter fraud, which Dominion said was amplified by Fox.

His supporters stormed the U.S. Capitol on Jan. 6 as Congress moved to certify the election results, leaving five dead.

The repeated claims that the election was marred by fraud sunk in with Republican voters, though, and Republican lawmakers now cite those false beliefs among voters as justifying new restrictions on voting.

On Thursday, Georgia’s Republican governor signed into law restrictions that activists said was focused on reducing the influence of Black voters who helped Democrats win the White House and attain narrow control of the U.S. Senate.

In its lawsuit, Dominion said Fox News tried to draw viewers loyal to Trump by amplifying those false claims, including assertions that Dominion’s systems changed votes despite efforts by the voting systems company to set the record straight.

“Fox News Media is proud of our 2020 election coverage, which stands in the highest tradition of American journalism, and will vigorously defend against this baseless lawsuit in court,” said a statement from the company, which is owned by Fox Corp.

The lawsuit alleges top Fox personalities hosted guests such as Powell to spread lies about Dominion and then repeated and amplified those false claims.

Shackelford said Dominion may sue individuals. “I don’t think this is going to be the last lawsuit,” he said.

Dominion’s lawsuit adds to the growing list of defamation cases stemming from the election.

Eric Coomer, a senior Dominion employee, sued Trump’s re-election campaign and the owners of pro-Trump news outlets One America News Network and Newsmax Media in December. Last month, Dominion asked social media outlets to preserve posts from the networks as well as from Fox News, Trump and others.

Smartmatic, which makes voting machines, made similar claims in a defamation lawsuit that alleged Lou Dobbs and two other Fox News hosts falsely accused the company of helping to rig the election against Trump. The day after Smartmatic sued on Feb. 4, Fox canceled the weekday program “Lou Dobbs Tonight.”

Fox News filed a motion to dismiss the Smartmatic lawsuit.

In apparent response to the growing number of defamation cases, conservative U.S. news outlets have begun to rely on prepared disclaimers or additional prerecorded programming to repudiate pro-Trump conspiracy theories spouted by guests and hosts.