CNN’s Don Lemon, who is not a big fan of the president of the United States, especially after the Pro-Trump riot that took place last week at the U.S. Capitol, called Donald Trump “the biggest snowflake of them all” on his show Monday night.

According to The Independent, the response was due to a comment that Trump campaign spokesperson Hogan Gidley said on Fox News the other night. Bill Hemmer, during the interview, questioned Gidley on whether the president feels “emasculated” from “the social media crackdown.”

Gidley responded: “Look, I wouldn’t say emasculated. I mean, the most masculine person I think to ever hold the White House is the president of the United States.”

“This one really takes the cake,” Lemon says in the clip, which features justifiable desk-pounding. “A big tough guy who incited a riot and then hid in the White House for five days. And still refuses to take responsibility. He’s the president of the United States! He’s the most masculine.’ Come on, man. Shut…shut up. Shut up! He is the biggest snowflake of them all, the biggest one. ‘I don’t wanna hear about your feelings. Give me facts and not feelings.’ Why are you coddling his feelings all the time?”

“Who’s the snowflake now?” Lemon added. “Like the guy with the horns now whose mom reportedly said, ‘Oh, well, he can’t, he’s not eating because they won’t serve him an all-organic meal in the lockup.’ Snowflakes. Cowards. The president’s legacy will be not the most masculine president but the biggest loser we have ever had as president. Maybe that should have been the name of his show instead of The Apprentice, The Biggest Loser.”

What really enraged this President was being banned from Twitter, says @DonLemon #DonsTake https://t.co/SALNR6nRh6 pic.twitter.com/RlbR5bmVTe 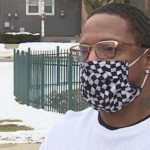 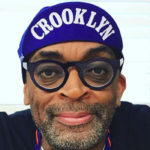