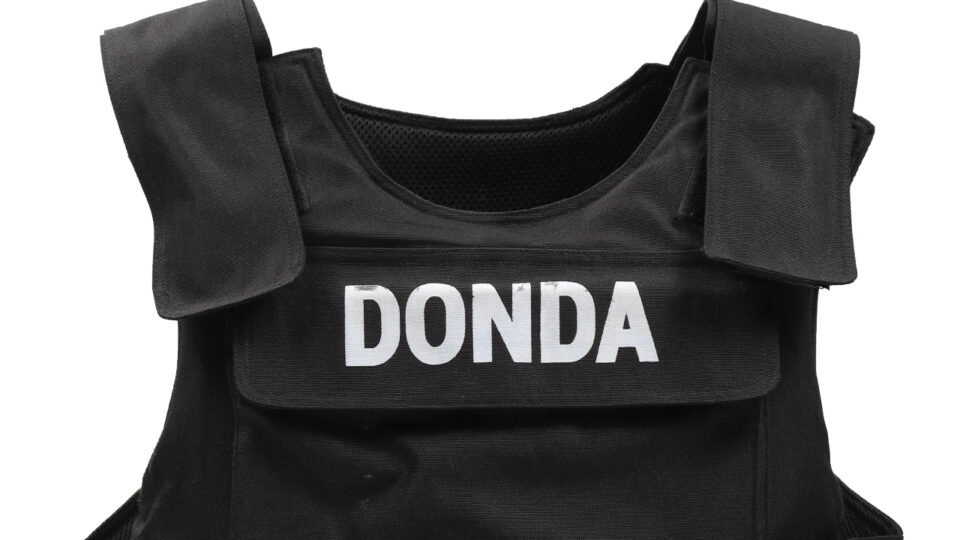 Kanye West is preparing the world to hear his latest creative project, Donda, the album named after and in honor of his mother, Donda West, which is slated to be released Friday, August 27.

In the meantime, news has come out of Atlanta that the bulletproof vest that he wore for the second stadium listening session, which drew an estimated 40,000 fans to Atlanta’s Mercedes-Benz Stadium, sold for $20,000.

According to a story in GQ, a consignment shop, Justin Reed, had the actual vest worn by the billionaire artist on its website for sale. The listing was shown on the Justin Reed Instagram page.

Reed told GQ that a security guard (who was contacted by a mutual friend of theirs) who worked the Kanye event had possession of the bulletproof vest, and if the price was right, he was willing to give it to him to sell.

“I got on the phone with him, and he was telling me the full story of how flew into Atlanta with a rapper he works with and how he was at the event for a week or so,” Reed says. “At first, he was pretty hesitant to send the vest to me here in Los Angeles. I understood it; he doesn’t know me.”

After Reed made the decision to post it on his Instagram account, it immediately started gaining followers and buyers who had an interest in the vest. He stated he thought about setting a price of $10,000 for the article of clothing, but then decided at the last minute, to list it at double his initial estimate. The same evening he posted to his Instagram account, the vest had already been sold to a collector in New York for the $20,000 price tag.