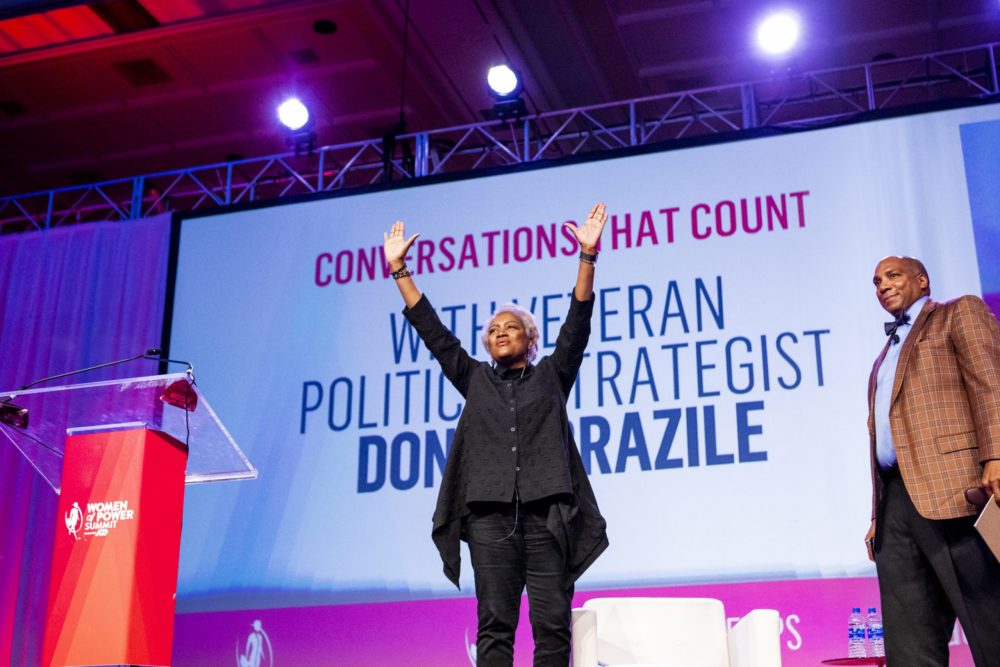 Donna Brazile at the 2020 Women of Power Summit (Image: File)

Donna Brazile set the stage on fire at the 2020 Women of Power Summit following her first appearance at the conference back in 2018. The veteran political strategist is known for saying what and how she feels. In 2017, a wedge was drawn between Brazile and some Democratic Party leaders after the release of her memoir, Hacks: The Inside Story of the Break-ins and Breakdowns that Put Donald Trump in the White House, which called out high-ranking officials and pointed out flaws in the Hillary Clinton presidential campaign.

After a year of ridicule, threats, and exile, Brazile received the 2018 Women of Power Legacy Award winner for her resilience as a political leader. That year she urged women to show up for themselves, remain politically engaged, and tell their story.

Arguably, one of the most profound pieces of advice that she shared that year was to rest before your comeback and your come-up. During her intimate conversation with Chief Brand Officer of Women of Power, Caroline Clarke, Brazile revealed that she took time to rest after three major devastating life events. The first one was after she and her family lost everything during Hurricane Katrina; the second was after her young colleague Seth Rich was murdered; and the third was after President Donald Trump was elected. After all three life-changing moments, she learned that rest was necessary in order to charge up. That included going off of the grid.

Fast forward two years, Brazile is fully rested and ready for the next chapter of her life.

This year, women waited to hear from Brazile with great expectations, but, no one expected her to say that the 2018 summit brought her back!

Before Brazile exited the main stage at the summit she told the audience, “I showed up today because two years ago when I was here–when was I left for political death also… You brought me back, Butch. You brought me back. I can trace my rise back on the political stage to the moment you had me here, Butch, with my sisters. You all gave me my power back.”

As expected, Brazile shared many gems. Here are a few that we collected.

These sisters brought a white man back from the dead! Joe Biden was dead! Black women resurrected his campaign!—@donnabrazile #BEWPS #2020Elections #Election2020 pic.twitter.com/KtbmVc1kgT

“Corona ain’t gone kill us. Slavery didn’t kill us. Jim Crow didn’t kill us. We faced the Ku Klux Klan. We have faced storms. We have stood the test of time and if God be with us, nobody can be against us!” @DonnaBrazile #BEWPS pic.twitter.com/5mw4VNnLmM

We’re rooting for you, Donna!