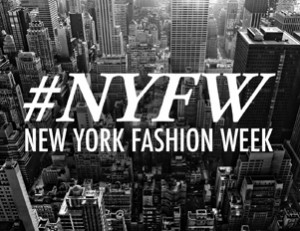 New York Fashion Week has arrived. With fashion influences from around the world, including Italian, African, French and beyond, taking over NYC fashion runways, the timing couldn’t be better to get caught up on a few of fashion’s most frequently mispronounced words.

Here are some of the most common mispronounced fashion designer names and fabrics, and the correct way to say them.

Most people would think the movie Sex and the City put Manolo’s on the lists of fashion must haves, but the designer has been around since 1972.Â Manolo Blahnik is pronouncedÂ muh-NO-low BLAH-nick.Â

CHARMEUSE
A soft, delicate silkÂ fabric and a favorite for many wedding dress designers. Charmeuse is pronounced SHAHR-MOOS.

ESPADRILLES
A casual summer shoeÂ known for its Â cotton fabric and flat or high-heeledÂ sole made of jude rope, can be a tongue twister. Espadrilles are pronounced ES-PUH-DRILS

CHAMBRAY
Another fabric favorite for many designers, Chambray is a plain woven fabric that can be made from cotton, silk, or manufactured fibers, but is most commonly cotton. It incorporates a colored warp (often blue) and white filling yarns. Chambray is pronounced SHAM-BRAY

ARGYLE
Argyle, a pattern most associated with socks, is known for its diamond shaped patterns, Argyle is pronouncedÂ  AHR-GAHYL.