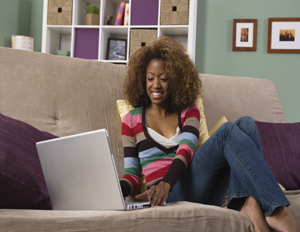 Is your social media presence an accurate snapshot of what you represent? (Image: Thinkstock)

Not everyone had the fortunate opportunity to check into nearly every location en route to class via smartphone, accept a Facebook friend request from their not-so-favorite professor, or shamefully tweet about the adult beverage being indulged at 2am on a school night. (You forgot you were underage, right? We won’t go there.) But this is the reality living in an instant, technology driven society.

The numbers don’t lie. Young adults are using social media sites very similar to the way teenagers are using them, according to a Pew Research Center study. Seventy-two percent of online 18-29-year-olds use social networking websites, which is almost identical to the number of teens using them (73%). What’s acceptable as a teen, most certainly isn’t as an adult.

It’s the reason I started mapping out how I’d refine my social media presence after landing my first big job, but it’s still an ongoing project nearly a year later. Disclaimer: I have a clean social media record, but there’s always room for improvement (#imjustsaying).

I’ve toyed with the idea of setting up a professional Twitter account, but later asked myself, “If social media is supposed to be authentic and organic, why create a totally different account?â€ I’ve chatted with a few 20-somethings and most agreed. However, 52% of young adults admit they have two or more profiles–a 10% increase from 2008. If it works for you, then go for it, but I canceled that option out after heavy consideration. I also thought about keeping networking and professional, work-related interactions on my untouched LinkedIn account–that’s my next project–while designating Facebook and Twitter as Â “friends-onlyâ€ havens, but quickly saw that wasn’t going to work either. For one, you have to meet people where they’re at and within my industry people are using social media platforms to network, exchange ideas, and nail their next major story.

The message really hit home when I was networking at an after-work event and a young, public relations rep and I exchanged business cards. My eyes immediately landed on her Twitter handle, located underneath her phone number and office address. She then asked me for my handle. “Oh, snap!â€ I thought. I proceeded to give her mine, but wondered whether or not my last tweet sufficed as a good enough introduction to my character or what I stand for.

I’m gradually making progress, deleting silly albums made during undergrad and filtering pictures I’m tagged in on Facebook. As for my favorite site–Twitter–my page is still private, but I’m using it more so to socialize Black Enterprise‘s content, weigh in on societal issues and, of course, Â network. I’ve even gotten over my reservation to follow co-workers, recently adding two to my list.

I guess you’ve got to grow up sometime, and your web presence should reflect that. It’s easier said than done, but it’s necessary in this easily transparent world.