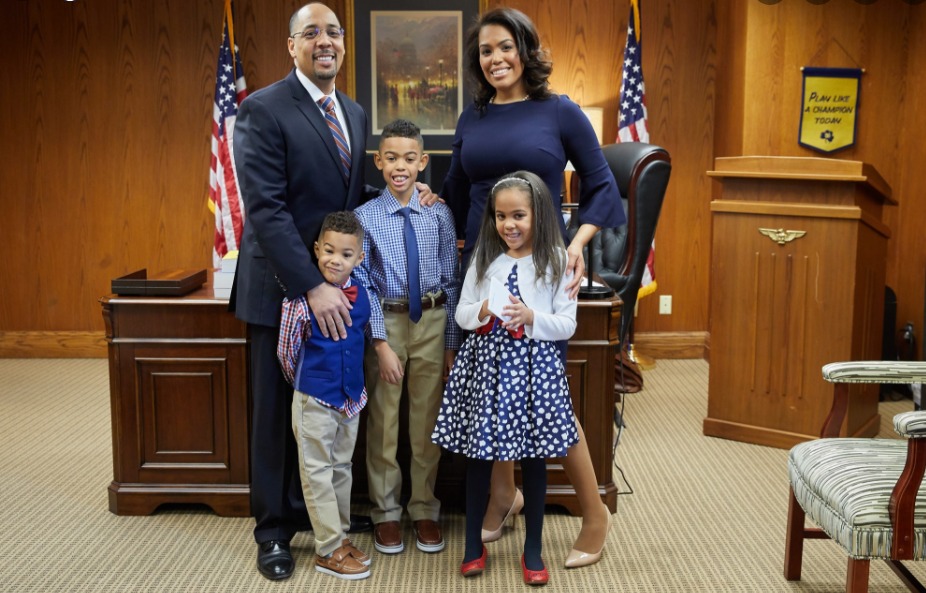 Meet Dr. Mautra Staley Jones, the mother of three from Okla., who was named as a 2021 National Mother of the Year® by American Mothers, Inc. (AMI).

SAGE Journals pointed out the importance of examining how assumptions combine with Black motherhood, while conducting an online study in which photographs of Black mothers were viewed. Study participants  perceived Black women in the photos as “more likely to be a single mother and to need public assistance than was a White target who was described as pregnant.” Jones— is the opposite of each stereotype. The Oklahoma Eagle also stated that she is the 75th woman from Okla. to receive the AMI honor.

The married mother is highly regarded as  a young, thought leader in Okla.—per AMI. She also has held numerous offices with philanthropic and civic groups, earning multiple accolades within a broad assortment of agencies. The award carries notable significance. AMI’s website mentions that is the non-profit organization is 86-year-old. The mission of it is “to recognize mothers and their positive impact in communities through the annual Mother of the Year® award.” Mothers from 50 states are recognized.

“Being a mother is not for the faint of heart. It comes with its challenges. It teaches you tenacity, patience, flexibility, knowing that every single day looks different. But I think those challenges make you stronger. And I can say that being a mother has made me a stronger professional, a stronger community servant. I bring everything along with that amazing maternal energy, and I get to put it into play every single day,” Staley Jones told AMI.

Staley Jones’ LinkedIn account offers more tidbits of her work goals to make more “higher education systems more equitable.” through her work experiences which elevate institutions. She earned a B.A. in Journalism from the University of Oklahoma, an M.B.A., and also an Ed.D. from Vanderbilt University. But Staley Jones’ Facebook presence seems to reflect her balanced love of motherhood and marriage. Reminding the world that plenty of Black mothers defy stereotypes is an important message. Staley Jones is is making history with grace and poise.

“Like all of the honorees before her, Dr. Mautra Staley Jones now joins the ranks of Oklahoma history, with the opportunity to become a part of American history as she represents the mothers in her state and is considered for the honor of 2021 National Mother of the Year®,” Connell Branan, Board President of AMI told The Oklahoma Eagle.