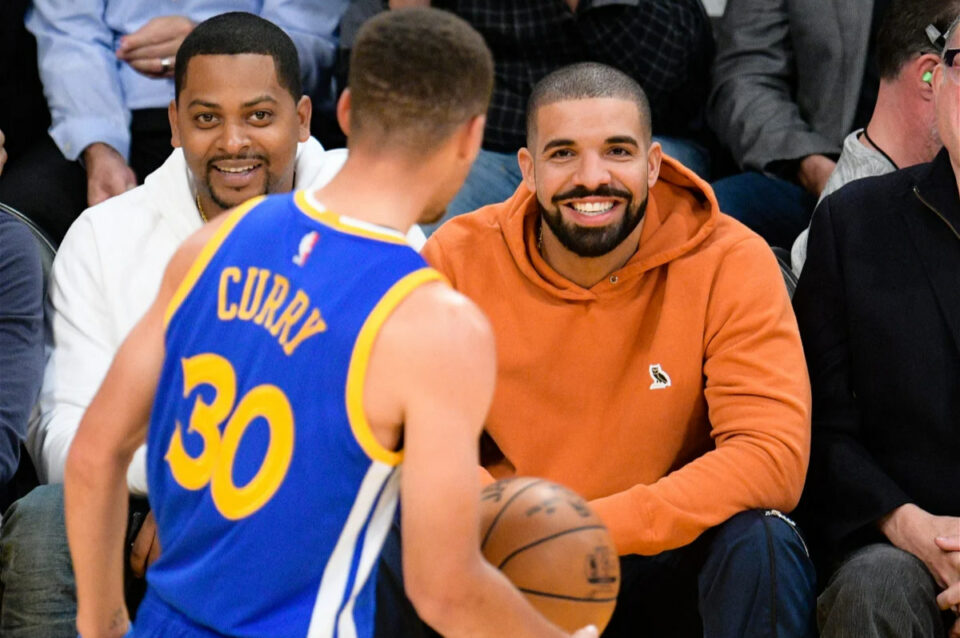 Deep pockets Drizzy’s fingers are itching once more now that the NBA Playoffs are here.

The Toronto rapstar has recently made headlines not for hot new music drops, but for his outrageously massive gambing wagers ranging from online roulette stakes to the Los Angeles Rams winning the Super Bowl.

Soon after announcing his exclusive partnership with virtual gambling site Stake, while vacationing in Turks and Caicos with Jack Harlow, he was able to bless one lucky islander with a bag on behalf of the wager site.

Now that another major sporting event has made its way into center stage, Drake is putting all his money on the Golden State Warriors to win the Western Conference, in a $200,000 bet.

The Raptors global ambassador shared the wager on his Instagram story, having the odds presented at +500 and a potential payout of $1 million.

Since landing the multi-year deal with Stake, Drake has been exclusively using the platform for his gambling streaks, including live streaming his plays and posting screenshots of the many bets he’s got under his belt.

The Warriors are currently third in the west, having battled it out between first and second with the Phoenix Suns throughout the season. They finished the regular season with 111 points per game and top three on defense, with 105.5 points per game to opponents. They start the playoffs with high expectations now that the Splash Brothers are back, consisting of All-Star point guard Stephen Curry and veteran shooting guard Klay Thompson, who was out the past two years due to a torn ACL and Achilles.

The Dubs are determined to regain the championship title, led by Curry, Thompson, and power forward Draymond Green, per the Bleacher Report. This MVP-caliber team has what it takes to back the 6 God rapper’s bet, having formed close ties to the team since their 2015 NBA Championship.

Today marks Game 1 against the Denver Nuggets in the Golden State’s attempt at a seventh championship ring and a major bag for Drake.