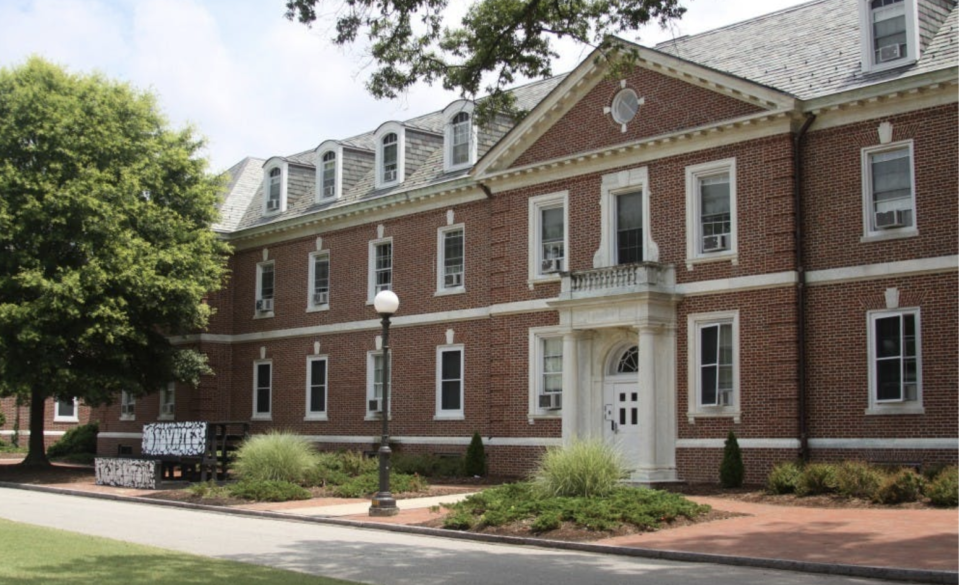 Duke University is investigating a problematic notice regarding the cause of George Floyd’s death from the school’s Black History Month bulletin board inside of Brown dormitory.

According to Duke University’s Chronicle, Floyd’s alleged toxicology report was added to an exhibit meant to honor Black lives lost at the hands of police.

On March 20, someone discovered the document with handwritten commentary on the commemorative display.

The message read, “Mix of drugs presents in difficulty breathing! Overdose? Good Man? Use of fake currency is a felony!”

Duke University student Matt Mohn saw the problematic document and reported to a resident advisor. It was taken down roughly 30-minutes later.

“All of a sudden, someone comes up and is essentially sticking a thumb in the face of every Black person, saying his life didn’t matter, that he wasn’t a good person, because of one $20 bill,” he told the news outlet. “I was just really, really surprised by it, that someone would put that much effort into trying to strip someone of their humanity for no reason.” 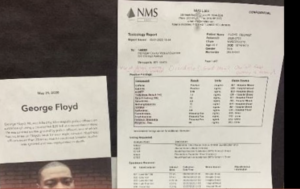 A Black student wrote an email detailing his concerns about the bigoted post and his safety as well.

“That happened right down the hall from where I sleep, from where I’m supposed to be safe,” Michael Manns said. “The thought that it could be someone I’ve lived with all these months really terrified me.”

Duke University officials released a statement regarding the incident and its ongoing investigation.

“If Duke students are found to be responsible for this act, the Office of Conduct and Community Standards (OSCCS) will issue sanctions to the responsible student(s). Any incident that is motivated in whole or part by an individual’s race, warrants “acceleration” or elevation of sanctioning due to the impact on the community,” officials wrote.

“Any conduct outcomes will be confidential under FERPA, but OSCCS will report aggregate conduct outcomes for the 2020-21 academic year in August 2021. If the investigation does not identify a responsible student, we will inform the community of that outcome on or before April 15 as part of our monthly conduct update.”

“We are also working closely with our Campus Life departments to provide direct outreach to Black-identified students. Additional support resources available to all students are included below the signature of this message.”

Mann told the publication that the statement provided by the university is nothing more than pomp and circumstance. He reiterated that the problematic incident isn’t exactly an uncommon occurrence.

John Blackshear, the associate vice president of student affairs and dean of students, said, “I’m glad I took a deep breath before I went, because when I saw it—like all of us who stand for anti-racism, equity and justice—you have your feelings.”

Blackshear said. “I can’t escape from being a Black man who has a reaction to that, but I had to set my reactions aside and go see my students.”

Students accused the dean of students of being dismissive. He maintained that he wasn’t.

He said that it was never meant to downplay the incident.