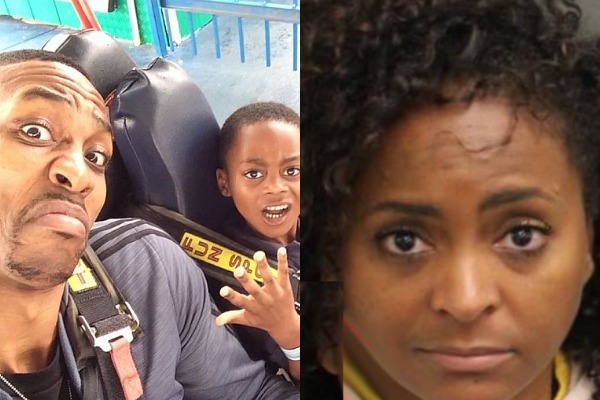 Basketball Wives alum Royce Reed was released from jail shortly after turning herself in for felony child neglect.

On Friday, Reed was charged with third-degree felony neglect of a child in a case involving her 14-year-old son, Braylon, whom she shares with NBA star Dwight Howard, Radar Online reports. The charges aren’t directly a reflection of anything Reed did to her son.

The teen was ordered to work on issues with professionals, according to police. However, after failing to abide by a set of rules implemented by a judge, his mother was forced to pay the penalty on her son’s behalf.

After being released from jail, Reed posted a message on Instagram addressing all of the speculations into her detainment.

“I’m ready to get back to doing comedy reels and tiktoks but until then… 🤦🏽‍♀️😑 talk to my attorney Andrea Black,” she captioned the post.

“I shouldn’t even have to deal with or address this,” the reality star wrote in the post.

“1. I did not get arrested. I turned myself in because I had to. 2. Talk to my attorney. As for the picture… I was scared as s**t and was crying like a baby the whole time… I’m not ’bout that life’ but I did it and we’re gonna get through this.”

When interviewed by police, Braylon admitted to not having much of a relationship with his famous father after a fight they had. When asked the last time he spent time with Howard, Braylon said it was “when he was in town for a basketball game, which was a while ago.”

Reed and Howard battled over custody of their son in the past, with Reed accusing the NBA player of abusing their son with a belt. Orlando Sentinel reports he was later cleared of the charges following an investigation.

In October 2020, Howard responded to Braylon’s claims of being a “deadbeat dad” in an interview on the Frank Ski Show with Nina Brown.

“The only thing I will address is the issue of anybody thinking I’m a deadbeat father. Currently, I have a child with me now,” Howard said. “My son lives with me. There’s no way I could be a deadbeat dad if I have a son that lives with me. The situation with my other son, it’s unfortunate that a lot of things have been made public.”