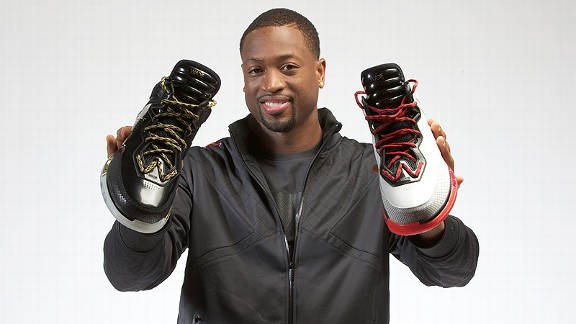 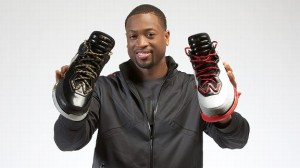 Two years ago when Dwyane Wade abandoned ship from the Jordan/Nike Jumpman Brand to sign an endorsement deal with a Chinese sneaker company, it was a jaw dropping crossover but not the type that makes it to any top ten list.

As Wade recalls “a lot of people thought I was maybe a little off my rocker.”

Sure, the sneaker company Li Ning had already signed other American NBA players, like Shaquille O’Neal, Stephon Marbury, and Baron Davis but Wade – who had already mastered the “Euro-step” – was embarking on uncharted territory for an elite NBA superstar player in his prime. The “China-step”.

One of the more stylish dressers in the NBA today, regularly sporting iconic socks and flamboyant shades with his exquisite suits, the Dwyane Wade dress code was a brand onto itself. But as Wade himself has admitted, his sneakers with Jumpman/Nike were not exactly flying off the shelves at Footlocker.

Now with the Li Ning endorsement deal, Wade has an active role in designing his shoes. Wade tells ESPN, “I was at that point where I was 29, 30 years old, so I was getting more involved in the business aspects of the game, looking to see what else I could do beyond just endorsing a brand.”

It turned out to be a savvy business move that’s paying dividends.

Just recently, Forbes listed Wade as the fifth top earning player from a sneaker endorsement deal, earning him $12 million. They also ranked him ahead of Chris Paul, Blake Griffin, Carmelo Anthony and Dwight Howard. Players who all signed with Jordan/Nike.