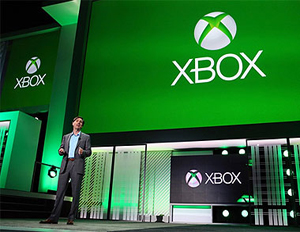 At its 2013 Electronic Entertainment Expo (E3) event Monday, Microsoft continued the conversation the company ignited nearly three weeks ago at the Xbox One unveiling in May. The tech juggernaut gave greater insight into consumers’ long-awaited questions, such as the pricing, cloud computing capabilities and gaming options, among other things.

Many expected Microsoft to avoid unveiling any pricing information, citing PlayStation’s PS3 E3 debacle of 2006. That wasn’t the case as Microsoft’s Executive Vice President Phil Spencer announced that Xbox One will arrive in over 20 countries in November and costs $499 (â‚¬499 or Â£429, depending on where you live). The crowd didn’t seem to be over or underwhelmed by the price. In fact, it’s about what many gadget enthusiasts are spending for a tablet, so the nearly $500 price tag is not shocking.

Both Sony and Microsoft are attempting to position their products as the centerpiece for home entertainment. In order for this to happen, Microsoft must improve the Xbox Live experience, which gamers received a lot of information on at the unveiling.

Today, Microsoft announced that its next-gen Xbox One console is no longer limited to 100 friends, the dreaded Microsoft points are gone and transactions will now be counted in real currency. Most importantly, a family living in the same household can now benefit from the same membership without sharing a screen name thanks to Xbox Live Gold memberships.

Will the Xbox Live membership see a price increase from the current $60 annual price tag? Microsoft’s Marc Whitten reportedly sent a message to all Xbox Live gamers, noting that membership prices will remain the same.

Regardless of Xbox One’s “home entertainment” capabilities, the bones of a gaming console should be…well, games. Microsoft unveiled a barrage of new, returning and exclusive titles from first and third party studios that will hit stores between late 2013 and 2014. Chief among those games were Metal Gear Solid 5: The Phantom Pain, featuring Emmy Award-winning actor Kiefer Sutherland; the return of Nintendo 64 classic Killer Instinct; Xbox One’s exclusive third-person zombie title, Dead Rising 3, Insomniac Games’ Xbox debut, open world shooter Sunset Overdrive, and the incredible looking Battlefield 4 which features gameplay at a whopping 60 frames per second. Â (To put it in perspective, Battlefield 3 maxed out at 30 frames per second.) We also got a teaser of a new Halo game that will be released in 2014. 343 Industries head Bonnie Ross spoke briefly on the title, sharing that it would also run “at a blistering 60 fps.”