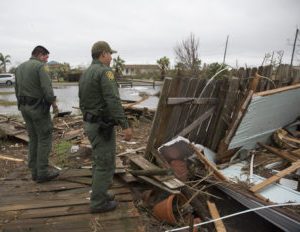 It was just last May that Black Enterprise held its annual Entrepreneurs Summit in Houston. The city earned the reputation of the “next black business mecca,” and with good reason. The March/April edition of Black Enterprise magazine featured a quote from Houston’s mayor, Sylvester Turner, citing the reasons Houston is so opportune for black entrepreneurship:

“Our thriving black business community, the multitude of professionals in corporate positions, and the dozen ELC (Executive Leadership Council) members who have presence in Houston,” were just some of the reason Turner gave.

Now, a furious and unforgiving storm, Hurricane Harvey, threatens to derail the incredible progress made by African American entrepreneurs in that town—and in the other devastated areas of southeast Texas. Can black businesses bounce back?

Everyone Suffers But People of Color Even More So

Of course, the hurricane is not particular about whom it wreaks its havoc. TV cameras bear witness to people of all ethnicities struggling to survive a watery nightmare. Images of children on house doors serving as makeshift rafts floating down flooded streets are jarring. Most feel heartbreak at watching people in tears tell news reporters that everything they ever owned has been swept away by turbulent waters.

Yet, as is so often the case, it’s the poorest, most vulnerable in society who fare the absolute worst in a natural disaster. The Atlantic reports, “Like in the case of previous disasters like Katrina and Sandy, the heaviest cost of Harvey’s destruction is likely going to be borne by the most vulnerable communities in its path.” The article also states that many of the poor, disabled, and otherwise disenfranchised did not have the means to voluntarily evacuate as did those in wealthier communities.

The cruel irony is that scores of entrepreneurs moved their businesses from New Orleans post-Katrina to Texan cities including Houston and Dallas. Almost a quarter of a million fled New Orleans to resettle in Houston in the aftermath of Katrina, reports CNN.

Recovery doesn’t bode well for many of the storm-ravaged black-owned small business in Houston. Yet, even after Katrina’s fury (and subsequent government mismanagement) shocked the world, the city did re-emerge. It remains to be seen with the current federal leadership and the extent of Harvey’s damage if the city of Houston and its thousands of black-owned businesses will fare the same. 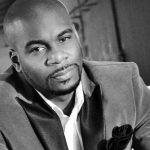 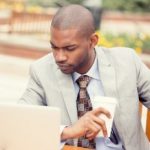 Is Your LinkedIn Profile Helping or Hurting You?

FacebookTwitterYoutube
← BE Modern Man: Meet ‘The Radio Voice’ Armand Carr ← Is Your LinkedIn Profile Helping or Hurting You?
×