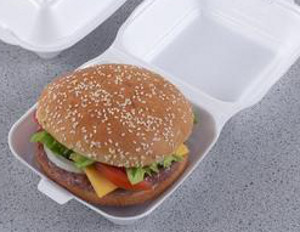 A study finds that the ban on polystyrene foam proposed by the Bloomberg Administration will cost city businesses, consumers and tax payers nearlyÂ $100 millionÂ per year by nearly doubling food service product costs, and do little to reduce waste.

According to the study, produced by research firm MB Public Affairs on behalf of the American Chemistry Council,Â “Total costs to replace plastic foam foodservice and drink containers and trays with the lowest-cost alternative are estimated atÂ $91.3 million [per year.]”

“This level translates into an effective minimum average cost increase of 94%. In other words, for everyÂ $1.00Â now spent on plastic foam food-service and drink containers, NYC consumers and businesses will have to spend at leastÂ $1.94Â on the alternative replacements, effectively doubling the cost to businesses.”

Restaurants in the five boroughs will see aÂ $57 millionÂ increase in costs. This increase has the potential to impact the bottom line of businesses that employ over 137,000 New Yorkers, the study added.

City agencies are some of the biggest purchasers of polystyrene food service containers, spending nearlyÂ $12 millionÂ a year on items such as cups and trays. A switch to the lowest cost alternatives would cost the city an additionalÂ $11 millionÂ a year, includingÂ $8 millionÂ for the Department of Education alone.

In addition, the ban would have a significant impact on polystyrene manufacturing jobs inÂ New York State. Over 1,200 jobs would be in serious jeopardy, with a total estimated impact of nearlyÂ $400 millionÂ for the state.

“This study shows that for a restaurant — especially a small, neighborhood business — mandating a switch to a higher-priced alternative for basic supplies can have a serious effect,” saidÂ Andrew Moesel, spokesman for theÂ New York StateÂ Restaurant Association.

“These are businesses that are absorbing higher food and energy costs, and are under pressure from a struggling economy that leaves less money in people’s paychecks. It’s one more thing to add to the headwinds they are facing. As the process moves forward, we hope that the City Council takes into consideration the substantial economic burden that this or any new piece of regulation would have.”