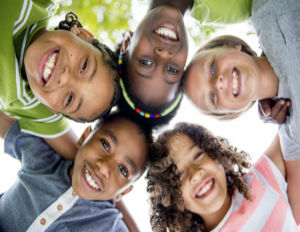 Despite a slowing pace, educational attainment in the United States has gradually risen over the past 35 years, as shown in figure 3. The share of young women with college degrees almost doubled, from 21% to 39%, and young women are now more likely than young men to have a college degree. 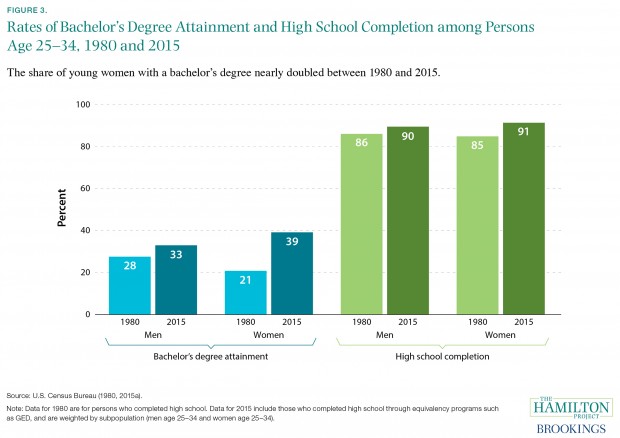 As shown in Fact 2, this has coincided with large increases in the wage premium for women that have college degrees. High school completion rates have also increased over this period. From 1980 to 2015, the share of American men age 25—34 that completed high school inched up from 86% to 90%, and rose from 85% to 91% among women.

Nonetheless, many researchers worry that skill levels among young people in the United States are far too low. Historically, successive generations have attained more education at a rate of approximately one additional year of schooling every decade; for example, individuals born in 1930 averaged about 11 years of schooling by the time they reached age 30, compared with 13 years for people born in 1950.

There is concern among some researchers that public policies aimed at improving skills and educational attainment are too often evaluated on narrowly defined criteria such as conventional cognitive test scores. For example, in the 1960s the Head Start program was thought to have fallen short of its goals because it did not permanently raise the IQs of the children who had participated in it. This kind of write-off may be premature in light of evidence from early childhood interventions such as the Perry Preschool Project, which had lasting benefits that were not picked up by conventional measures of cognitive ability.

In particular, by age 10 the IQ scores of the participants were no higher than those of the control group, but the participants did show more motivation to learn, and by age 40 they were more likely to have graduated from high school, to be earning higher salaries, to own a home, to be less dependent on welfare, to have had fewer out-of-wedlock births, and to have not been arrested.