Economic Facts You Need to Know 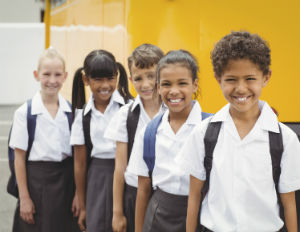 Fact 1. Both cognitive and soft skills–such as perseverance, tenacity, and social skills–play an important role in shaping economic outcomes.

Skills are an important determinant of workers’ earnings and employment opportunities. No test perfectly measures the skills relevant to economic success, but tests designed to measure analytical ability often correlate with outcomes in the labor market.

For example, the left panel of Figure 1 shows a correlation between scores on the Armed Forces Qualification Test and earnings in middle-age. Stronger analytical skills correspond to higher wages, as shown in the figure. A similar relationship holds for measures of a range of analytical skills, such as verbal reasoning and problem solving.

Skills measured as early as kindergarten have a positive impact on adult earnings. Employment outcomes also depend on soft skills–character attributes that include motivation, perseverance, tenacity, creativity, self-control, and the ability to work productively in groups.

The right panel of Figure 1 shows a combined index of three scales that measure social skills, self-esteem, and the extent to which a person believes that his or her own actions, as opposed to forces outside of his or her control, determine rewards and success in life. It indicates that, by this measure, those with higher noncognitive skills also earn more, on average.

Emerging research has found that both cognitive and soft skills can be taught. It is important to note, however, that both cognitive and soft skills are correlated with other factors that influence employment outcomes, such as educational attainment, parents’ income, and the neighborhood environment. This makes it difficult to measure precisely the relative importance of these other factors.

Compounding this difficulty is the fact that skill formation is cumulative: Early success at learning not only makes later skill-building easier, but also shows that effort yields rewards.

Bottom line: Do everything to develop your children’s verbal reasoning and problem solving abilities. Encourage their motivation and ability to persevere, and develop their social skills by exposing them to a variety of people and experiences. 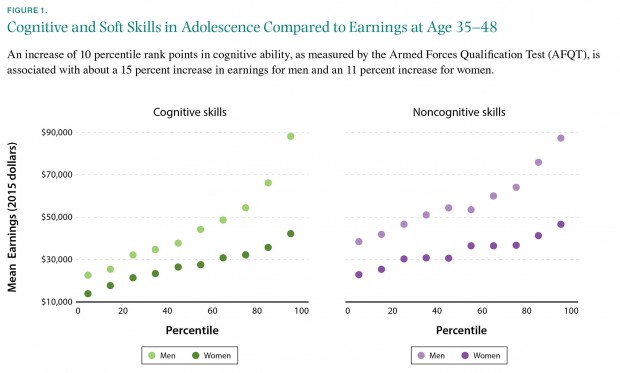