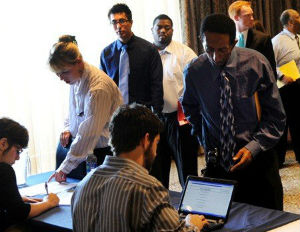 In the final jobs report before next Tuesday’s presidential election, the Bureau of Labor Statistics showed that the U.S economy has added 171,000 jobs in October,Â the Huffington Post reports.

The Labor Department’s last look at hiring before Tuesday’s election sketched a picture of a job market that is gradually gaining momentum after nearly stalling in the spring.

Still, President Barack Obama will face voters with the highest unemployment rate of any incumbent since Franklin Roosevelt. The rate ticked up because more people without jobs started looking for work. The government only counts people as unemployed if they are actively searching.

A bunch of economic indicators – consumer confidence, home construction, retail sales, unemployment – have been trending positively in recent months, leading many observers to suggest that the economic recovery may finally be gaining steam. Barring some global crisis, most economists expect the U.S. economy to be back on solid footing by 2016 no matter who wins office, and so whoever wins the White House will be able to take credit for it.