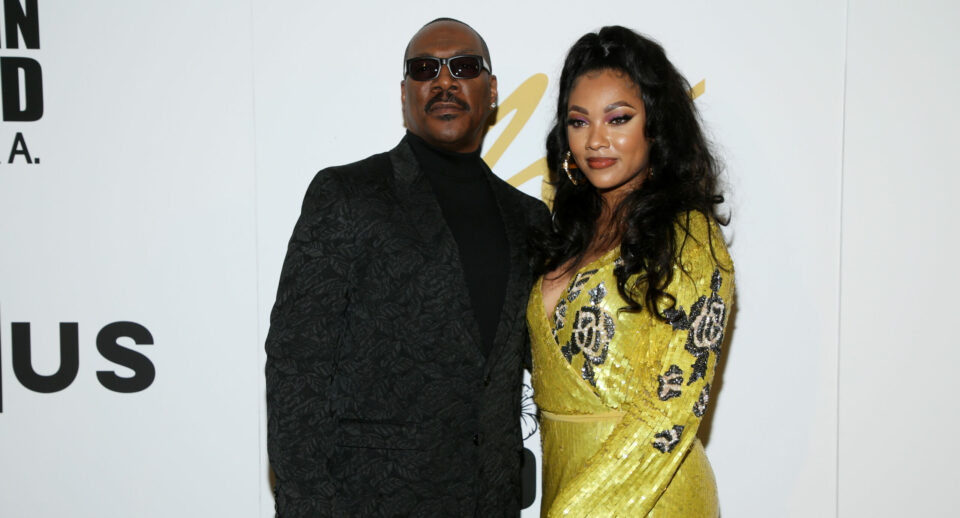 Wedding season has now commenced with Eddie Murphy‘s, 61, household, according to People.

Close to 250 people were in attendance, including family and friends. Bria walked down the aisle, escorted by her father, and her mother, Nicole Mitchell Murphy, was present to give away her daughter, according to People.

The length of Bria and Xavier’s courtship is unknown; however, in December, she did share a carousel of engagement images on her Instagram page with the caption, “I can’t wait to marry you.” Xavier shared the cherished moment on his social media page as well, writing “Forever my love.”

Xavier shared the cherished moment on his social media page as well, writing “Forever my love.”

As a budding artist and co-founder of Art Us Gallery, Bria’s father has always supported her artistic endeavors.

Speaking at Bria’s downtown L.A. t Art 4 All exhibition in 2020, Murphy praised her as a “good kid,” according to People.

He continued, “I really got lucky with my kids. There really isn’t a bad one in the bunch, everyone turned out to be really good people.”

Bria playfully admits she rides on her father’s coattails by placing his name on her art show invitations to ensure people will come to events, according to Variety.

“I always tease him like ‘I just put my dad’s name on my invitation so people will come,'” Bria Murphy joked to the entertainment news outlet. “Anytime I’ve thrown an art show, I’ve usually depended on my family. And this is the first time I’m doing it on my own.”

“I’m very proud. I’m excited … I love that she’s using materials that are environmentally friendly and she’s thinking about other up and coming artists as well to expose them, so it’s great to see,” Nicole Murphy said to Variety. “Just watching her, you know, from a little girl and just seeing as she had it in her. So, I would take her to like little [art] classes and make her do the little classes and stuff. She just stuck with it and it turned out that’s her passion now.”

Murphy may also be gearing up for another wedding ceremony soon, his son Eric is dating actor and friend Martin’s Lawrence, 57, daughter Jasmin Lawrence, as previously reported by BLACK ENTERPRISE.