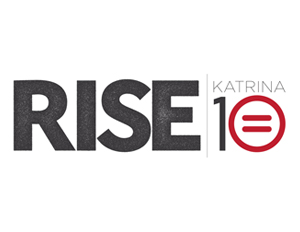 A few months ago, BlackEnterprise.com spoke with Erika McConduit-Diggs, president of the Urban League of Greater New Orleans. McConduit-Diggs spoke of the conference that the group was planning to commemorate the 10th anniversary of Hurricane Katrina, which in many ways has reshaped and continues to reshape the iconic Big Easy.

After the storm’s devastation, initial estimates predicted that the city would take 20 years to recover. So, 10 years in, at the halfway point, McConduit-Diggs says the Urban League of Greater New Orleans wanted to assess the progress made and ask, “where are we now?” What is the state of black New Orleans? The conference, Rise Katrina 10, is the organization’s attempt to address that question and use what it learns to make greater gains in the city more inclusively.

New Orleans is the only city in the country in which at least 90% of its schools are charter schools. The city, 60% black with an increased white, Hispanic, and Asian presence since the storm, has a predominantly black public school student body. But does the charter landscape represent the local vision? McConduit-Diggs suggests not.

“Regarding education, you’ll hear that reform happened to the community rather than with the community.â€ But ‘community,’ she feels, is more textured than the word may suggest.

“You’ll find many parents have children in our charter schools that are very pleased with the changes. You have others that are part of the alumni base that don’t feel as supportive.â€

The resistance of school alumni to the changes indicates New Orleanians’ seemingly constitutional regard for their city’s unique culture and traditions.

McConduit-Diggs, a native of New Orleans, says, “It’s hard when you feel that your culture and tradition is not being honored by others who have come in as part of the recovery effort. That’s not to say that anyone is ill-intentioned, because that’s not the case at all. It’s just that the way it plays out on the ground can be a bit challenging for some.â€

Despite the resistance, McConduit-Diggs says that most locals recognize that things needed to change. “No matter where people fall along the reform continuum, I think you’ll find that they agree that changes needed to be made from what existed prior to Katrina.â€

She also acknowledges that the city’s work is far from over. “No one thinks the problem is solved–period. We are a work in progress. There are very well-intentioned people all along the spectrum that are trying to figure out the best way to serve kids, and we are course-correcting as we go, and that’s been fascinating to see.â€