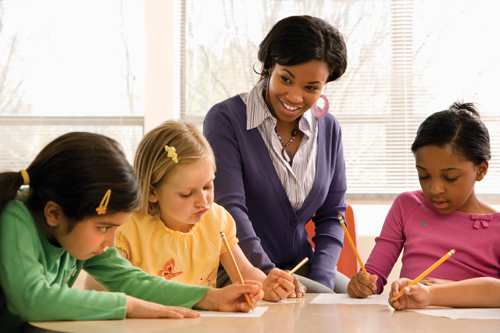 In this week’s edition of what’s going on in education, we have a roundup of the latest topics affecting the academic achievement of African American students for the week of May 12. From nationwide celebratory events honoring the 60th anniversary of Brown v. Board of Education to graduation ceremonies and leadership conferences, see below for the latest scoop on what’s happening in our community.

The Alliance to Reclaim Our Schools rally: Teachers, parents, students and community leaders rallied in the nation’s capital on Tuesday, May 13 to reaffirm the promises of equal education declared in the 1954 decision of Brown v. Board of Education. Hosted on the steps of the United States Supreme Court, the rally was also combined with a press conference. Speakers included Rep. Eleanor Holmes Norton, American Federation of Teachers President Randi Weingarten, National Education Association President Dennis Van Roekel, and Advancement Project Co-Director Judith Browne Dianis.

Louisiana State University graduates largest and most diverse class ever: In addition to the class of 2014 being LSU’s largest graduating class ever, the new graduating student body is also the most diverse with 570 black students and 270 Hispanic students earning diplomas, which is roughly a 10% increase from last year.

The Obamas Honor Brown v. Board of Education Anniversary

Entrepreneurâ€™s Conference, Day 3: Three Tips To Get On The Shelf, Hosted by Walmart

FacebookTwitterYoutube
← The Obamas Honor Brown v. Board of Education Anniversary ← Entrepreneurâ€™s Conference, Day 3: Three Tips To Get On The Shelf, Hosted by Walmart
×
'