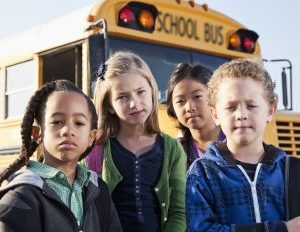 It’s been a little over two weeks since the election of Donald Trump. In its aftermath, protests have erupted in high schools across the country and teachers have been challenged to handle a new environment of fear, anger, and hate speech.

The Christian Science Monitor has reported on the protests, and on how immigrant students and Muslim students feel especially vulnerable in the wake of Trump’s election.

They are probably right to feel vulnerable. According to the Southern Poverty Law Center, of the 10 reported types of incidents of harassment and intimidation since the election, most were anti-immigrant; second-most were anti-black; next, in order, were anti-LGBT and anti-Muslim.

Where did all this intimidation take place? According to the SPLC, in K—12 schools.

Although the Monitor indirectly quotes Laura May, associate professor of early childhood and elementary education at Georgia State University, as saying that “teachers must make children feel safe, comfortable, and respected,â€ to foster an environment for discussion, I just don’t think that’s realistic. Teachers can explicitly state that in a democracy we value virtues like respect, tolerance, and inclusion. But teachers can’t make students feel safe if fellow students are telling them they’ll be deported or calling them the N-word.

So what are teachers to do? Howard Stevenson, an expert on racial trauma who directs the University of Pennsylvania Graduate School of Education’s Racial Empowerment Collaborative, has developed a tool for teachers to help them support students who feel under threat.

Here is a condensed version of his suggestions:

I would add, listen–and see if the offended student is telling you what he or she needs to feel safe again in a hostile school environment.

To watch a video of Stevenson discussing these suggestions, go here.