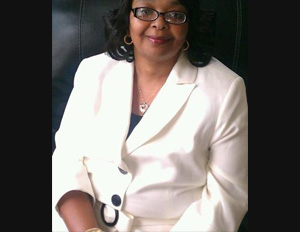 Ella Curry is the owner and operator of EDC Creations Media Group, a company that has promoted and marketed the books of many well-known, bestselling black authors. Some of them include Francis Ray, Kimberla Lawson Roby, and James Patterson. Her company has grown tremendously since its creation in 2005 when she decided to launch after being laid off from her full time position. Madame Noire sat down with this savvy businesswoman to discuss her career journey, her company and her passion for literature.

Madame Noire: What were you doing before you launched EDC Creations Media Group?

Ella Curry: In addition to working full-time, I always had side jobs. In 2000, I started Intimate Details Event Planning, a wedding planning business. EDC Creations Media Group came about through a series of events. When I lived in Alabama, I worked for Russell Corp. After the company moved its entire operation to Mexico, I found myself out of a full-time job. The company’s move impacted the entire area where I lived. If that company [hadn’t] moved to Mexico, I never would have left my comfort zone and started EDC Creations Media Group.