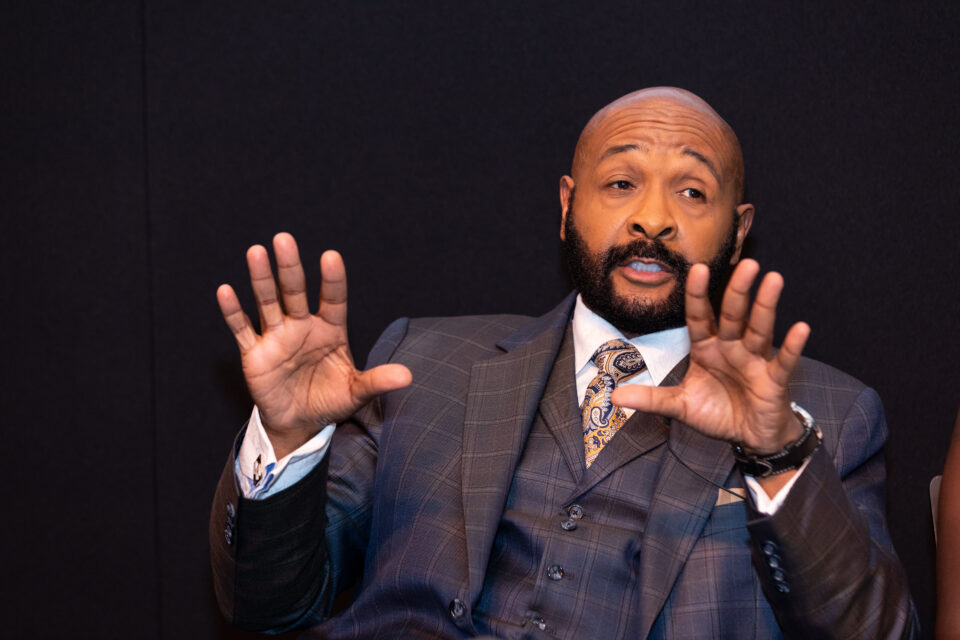 Since launching Money Making Conversations Master Class in 2017, McDonald has continued to bring his sharp business acumen, breadth of experience as a marketing and branding visionary, and talent management expertise to his show, which is the #1 syndicated weekend show in Black radio, is available on radio stations nationwide, SiriusXM Satellite Radio channels 141 and 142, streaming on HBCUGo, all major podcast platforms, as well as a live call-in broadcast on Tuesday evenings from WCLK-FM on the campus of Clark Atlanta University.

3815 Media, Inc. is a branding, marketing and production company, founded and led by Rushion McDonald. McDonald is well-known in the entertainment industry for being the brand architect of Steve Harvey‘s media career and producing top television sitcoms and syndicated shows like “Family Feud,” “Evidence of Innocence,” “The Jamie Foxx Show,” “Sister, Sister,” “The Parkers,” “Steve Harvey Talk Show,” blockbuster hit films “Think Like A Man,” “Think Like A Man Too,” and is Executive Producer of the “K[no]w Mercy with Stephen A. Smith” podcast.

Championing and promoting the history of self-made success stories, including spotlighting Black excellence, HBCU alumni, and other diverse voices that have driven and built many industries in this nation, featuring celebrities, entrepreneurs, industry trailblazers and tastemakers in creating and hosting Money Making Conversations Master Class, McDonald’s master class interviews provide audiences a powerful peek into his guests’ lives and careers, and advice on how to lead with your gifts and create your own success stories.