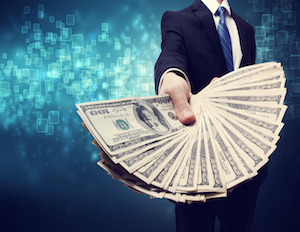 Results from an annual survey conducted by Harris Poll and commissioned by online job site CareerBuilder show that professionals looking for seasonal employment may have better options to choose from this summer.

According to the poll, which surveyed more than 2,000 human resources managers, 53 percent said they will have open positions this summer that pay at least $15 an hour and 72 percent said they will have jobs that pay $10 an hour or more. Currently, the federal minimum wage is set at $7.25 an hour with labor groups and allies fighting for a national push to raise the pay. Recently, Los Angeles City Council voted in a 14-to-1 vote to increase their minimum wage to $15 an hour, making them the largest city to do so.

“The growing number of employers adding seasonal help in good-paying jobs this summer is a strong indicator of labor market momentum,” CBS News reports CareerBuilder CEO Matt Ferguson saying in a statement. “We expect this year’s positive outlook to carry over into full-time hiring across industries and job types.”

Signs of more summer job opportunities with better pay will have a positive impact on young professional between the ages of 16-24, with the Bureau of Labor Statistics showing that summer employment for that age range reached 20.1 million in 2014.

Results from the survey also show that 77 percent of employers said they would consider summer hires for full-time positions, which works in the favor of professionals who are out of school and looking for stable employment.