How This Engineer Became a Bee Farmer and Honey Entrepreneur 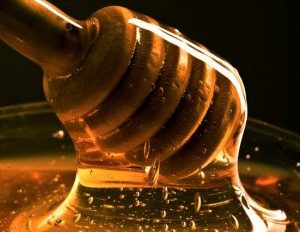 Ivy Lawson spent close to 20 years combined, as a quality control engineer at Raytheon and, later, as a software developer at IBM, respectively. Then, in 2007, she quit her corporate gig to pursue something different. The following year, she moved back to Jamaica–she’d immigrated to the United States in the mid-1960s, when she was about four-years-old–to do a feasibility study on a bee farm. Lawson ended up staying on the island for three years, falling in love with the honey. Upon returning for visits to the states in 2010, she filled several jars with raw, organic Jamaican honey, and handed them out to friends and family, who loved it as much as she did.

A light bulb went off–Lawson wrote a business plan and learned about exporting and selling Jamaican honey in the U.S. Using her own money, in 2010, she launched Boston-based Logwood Co., L.L.C., with 50 hives, while also working three- to six-month contracted engineering jobs to expand and purchase more beehives in Jamaica for $30,000.

A certified minority and women-owned enterprise, Ivyees Everything Honey is a fully integrated honey producer that farms its own bees, in its own hives, in Jamaica. Ivyees also sources honey from other Caribbean nations, producing three to four distinctive flavor varieties of all-natural organic honey.

Lawson points out that Caribbean honey is unique, in that it derives from bees that pollinate tropical flowers, giving it a very different taste from the clover or dandelion honey sold in the U.S. What’s more, Lawson’s honey is not processed; the raw honey goes straight from the hive to the jar, allowing it to keep all its nutrients, as well as its taste.

By 2011, after 18 months of meeting with buyers and filling out extensive paperwork, Ivyees Everything Honey was approved as a North Atlantic regional vendor for Whole Foods. Roughly 33 Whole Foods and organic grocery retailers in Massachusetts, Rhode Island, and New York carry its products.

Lawson and five part-time employees have been responsible for filling, labeling, and packaging each jar. To expand her business in 2014 , she obtained a $25,000 loan from Eastern Bank to use toward honey inventory, jars, labels, labor, and rent for storage and factory space. She currently packages her honey and condiments in a shared kitchen environment–a food incubator–in Warren, Rhode Island.

In an effort to diversify the business, Lawson has also created a skin and hair care product line, which includes shampoos, conditioners, and moisturizers infused with honey and other tropical ingredients. She consulted with pharmacists and chemists to help ensure that the formulations were in accordance with Whole Foods’ standards. She still has to go through a lengthy review to get her beauty care line on shelves, however the products are currently sold online. Having applied for a vendor application, Lawson is also pursuing a big opportunity with Target.