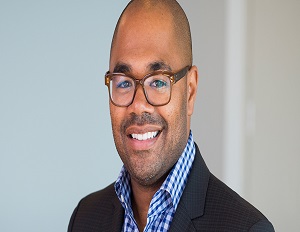 Managing the estate and legal aspects of a celebrity’s career is no easy feat, but it’s for this reason that entertainment attorney and partner at Nixon Peabody, Julian Petty, joined the industry.

After an internship with Def Jam Records during his undergraduate years at Howard University, Petty saw first-hand how celebrities within the music space were being misrepresented and told himself that if he ever got an opportunity to do something about it he would. After completing law school at Fordham University and being admitted to practice law in 2006, Petty was fortunate enough to link arms with one of the industry’s top entertainment lawyers, L. Londell McMillan.

In an interview with BlackEnterprise.com, Petty details his journey to becoming a leading entertainment attorney today and talks about his early career experiences of handling the estate of Big Pun to now closing deals such as the one with chart-topping singer Estelle and the hit-show Empire.

BlackEnterprise.com: Did you always know you wanted to be an entertainment attorney?

Petty: I did not. Sort of the catalyst of it all was when I did a summer internship at Def Jam records. When I was there, I realized two things. Number one, the lawyers were extremely involved and they always seemed to keep a job in the music business. You look at contracts from the 80s and 70s and those lawyers are still in the business. So that was my number one observation. Number two was, I realized there were a lot of artists that were just poorly represented and they weren’t really aware of their contracts or the terms in their contract and they weren’t being advised on what deals they should and shouldn’t do. I walked away from that summer saying, “If I ever get an opportunity, I’m going to do something about this.”

Any challenges you faced when trying to break into the business?

Yes, no one wanted to hire me. Everyone pretty much told me the same thing which is we don’t really hire anyone directly out of law school. They came with these exceptions which were we would consider you if you walk in the door with a superstar, or we will consider you if your mom or dad is a partner here. I didn’t have either one of those going for me. I actually landed my internship with Londell just on a cold call. I was looking at Black Enterprise and you guys had an article on Londell McMillan. I cold called his office and they had me come over. I jumped on the train from Brooklyn to Manhattan and got there as quick as I could. That was my start into the entertainment business.

Who was your first celebrity client?

My first client was the estate of Big Pun.

How did that come about?

His wife, Liza Rios, was doing an interview on AllHipHop.com. I read it and she was saying how she wasn’t getting royalties or publishing income and how she just felt she was wronged. I reached out via email and said “Hey, I’m Julian Petty. I’m working at this great firm. I would love to bring you in and talk to you and see if we can help out.â€ I ended up working with her for several years. We did a documentary deal and a few other things.

Do you think after working on that case it upped your reputation as an entertainment attorney in the business?

I think it was a combination. Working with her and that estate did open up a lot of doors, but it was also just working with Londell. He had an incredible practice and he brought me to every meeting whether it was with a client or an executive. He let me get my hands dirty very early on so I sort of piggy backed off what he was doing and he was happy for me to do it. He put me out there and said soak up all this knowledge and go do your own thing. So I have to give big credit to him.