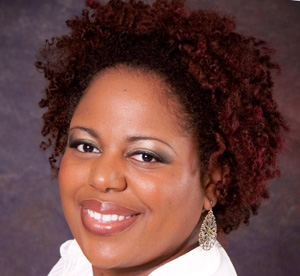 Katrina Harrell has always had a head for business. Growing up in Washington, D.C., she spent summers at her paternal grandfather’s home in Winterville, North Carolina, helping him run the store he owned. “I was fascinated with how he engaged customers, handled money, stocked shelves, everything,â€ Harrell, now 32, says. “I loved knowing how things work–that was my spark to let me know that entrepreneurship was for me.â€

Though she’s always been restlessly creative–as a child, she wanted to become a songwriter–she soon discovered that she also possessed major arithmetical aptitude. “I’ve always been really good at math,â€ she says, having learned in her grandfather’s store that “the numbers mean everything.â€

Harrell majored in accounting at Saint Peter’s College in Jersey City, New Jersey, after which she branched out in two career directions: for-profit (corporate bookkeeping in the Fortune 500 world) and nonprofit (among other gigs, she worked for financier George Soros for two years, an experience she calls “the best I ever hadâ€).

In 2007, in search of more space (she and her husband had a 4-year-old son, and Harrell was pregnant with the couple’s daughter), Harrell’s growing family moved from New Jersey to Clayton, North Carolina, a small town just southeast of Raleigh. Having decided to pursue self-employment full-time, she soon founded Your Simple Bookkeeper, an accounting firm that focuses on small and “microâ€ businesses (broadly speaking, those with no more than $100,000 in annual revenue). In 2010, YSB became one of the first businesses brought into the funding-and-mentoring program of 100 Urban Entrepreneurs, which offers $10,000 startup grants and eight weeks of mentoring.

Harrell now employs a staff of three; YSB currently makes the figures add up for roughly 40 clients, who cover 10 states and an array of industries: retail, wealth management, trucking, construction and more. Whatever the company, she says, pretty much all entrepreneurs can use the help, and not just around April 15. “I’ve noticed that the theme for most is ‘I don’t hire a bookkeeper until I need to get my taxes done,’ â€ she says. “Almost all of my clients are micro, minority- or women-owned businesses. I’m all three – so that was alarming.â€

For more on Harrell and how she made her accounting business a success, check out 100UrbanEntrepreneurs.org for a full interview.