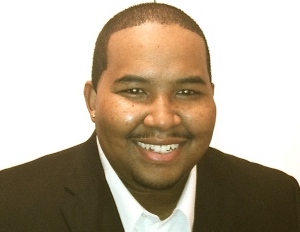 Few communities areÂ as passionate about their shared interest as college students and alumni—and few such groups can compete with partisans of The Ohio State University for their devotion to their school. Harnessing that excitement and commitment, and channeling them into a broad-based social network is Maurice Womack’s OurBuckeyeHub.com.

“Hubs are more about what you care about, not who you know,â€ says Womack, 33, a Youngstown, Ohio, native who began his college career on an academic scholarship from OSU. “We’re not just a sports blog – we’re a hub for current and former students to share information.â€ That includes not just opinions about the football and basketball teams but also career services, photo and video sharing, community blogs and more.

Womack got a degree in mechanical engineering technology, skills he employed in developing OurBuckeyeHub. (In his day job, he’s a mechanical engineer for the Defense Logistics Agency in Columbus.) He has put those talents to good use, having recently been brought into the funding-and-mentoring program of 100 Urban Entrepreneurs, the nonprofit foundation that provides $10,000 grants and eight weeks of intensive business mentoring to promising startups across the country. Although he’s focusing strictly on OSU for the moment, Womack’s plans are as big as the entire college universe. Currently in development are OurGoBlueHub.com (for Ohio State’s hated rivals, the University of Michigan) and – in an indication of the scope of his ambition – OurCollegeHub.com. “The battle of the social networks is over, and Facebook has won,â€ he says, sanguine about the potential for a business model like his. “Welcome to the age of the hub.â€

To help attract attention to OurBuckeyeHub, meanwhile, Womack has enlisted numerous former Buckeye stars, including hoops standouts Scoonie Penn and brothers JJ and Jared Sullinger, as well as controversial former running back Maurice Clarett. He’s always on the lookout for notable Buckeye fans, whether former athletes or not, to help him build his business. “I’ve tried to reach out to John Legend, who I hear is a big OSU fan,â€ Womack says. “So if you’re reading this, John, hit me up!â€