Entrepreneur of the Week: Naima Woodson, Fit for a Kid - Black Enterprise 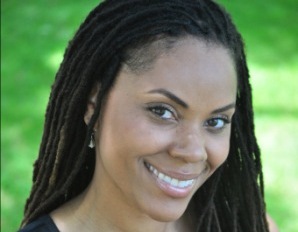 The sorry state of American children’s health has become, by now, something close to a national crisis, with obesity, Type 2 diabetes and cardiovascular problems evident even, in some cases, in very young children – and rates are higher among minority kids.

Aiming to ameliorate those troubles while instilling in children a lifelong love of good nutrition and physical fitness is Naima Woodson, the founder of Los Angeles—based Fit for a Kid. Woodson’s company brings a range of exercise and nutrition programs to preschools, private institutions, child-care facilities and individual homes throughout the L.A. area for “concerned educators and parents seeking to engage their children in meaningful physical activities,â€ as Woodson puts it.

Woodson, 34, a certified children’s fitness and nutrition consultant, had long worked part-time as an independent trainer and nutritionist. Her goal had been to launch Fit for a Kid this summer, but the sour national economy caused a change in plans. In March 2011, “I was laid off from my full-time job of nine years,â€ she says. “That pushed me into self-employment a little earlier than expected.â€

The launch of Woodson’s company was aided by 100 Urban Entrepreneurs, the nonprofit foundation that offers $10,000 in startup-financing grants and eight weeks of mentoring to ambitious urban businesspeople nationwide. Now partnering with 15 schools in Los Angeles, Orange and Riverside counties, Fit for a Kid offers one 45-minute session per week, covering such topics as gross motor skills, good nutrition and basic physiology. “For reinforcement in the classroom and at home, educators and parents are provided a weekly newsletter outlining the topics covered,â€ Woodson says. “Unlike formal extracurricular sports and children’s gyms, Fit for a Kid benefits parents with the convenience of having their child participate in our program while they’re at school.â€

Those schools, meanwhile, can incorporate the topics covered by Fit for a Kid into their daily curriculum, giving the good-health message extra resonance in impressionable young minds. It’s an important cause – not to mention, you might say, a healthy business model as well.

For more on Naima Woodson and Fit for a Kid, visit 100UrbanEntrepreneurs.org